Party announced the opening of a new headquarters in the North

The Conservative Party to open a new headquarters in Leeds announced by Co-Chairman Amanda Milling MP.

During the opening of the Party’s first ever Virtual Party Conference, she said: 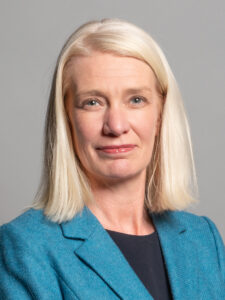 “We are determined to show our commitment to the blue wall seats.

“That’s why I am thrilled to announce that CCHQ will be opening a headquarters in Leeds.

“This new headquarters will provide the Party with a base at the heart of the blue wall.

“Because we’re in it for the long haul.

“We’re determined to make the blue wall part of the fabric of our Party and our country.

“The best way we can deliver for people there is to be there.”

After the Conservative Party gained more than 40 seats in the Midlands and the North at the General Election, plans were put in place to open up a new campaign headquarters outside London.

The Conservative Party are committed to delivering for the people that voted for them in December 2019 and having a Northern Conservative campaign headquarters will help with that agenda.

The Party are looking to open the headquarters next year.

“Last year saw the Conservative Party win seats we’ve never held before and we owe it to the millions of people who put their faith in us with their votes to get back to the business of delivering for them after years of arguing about Brexit.

“The best way we can do that in the Midlands and the North is to open a new headquarters in the heart of the blue wall.

“Leeds is a key part of our plan to build back better for the people of this country and building a campaign presence there reinforces our commitment to that task.”