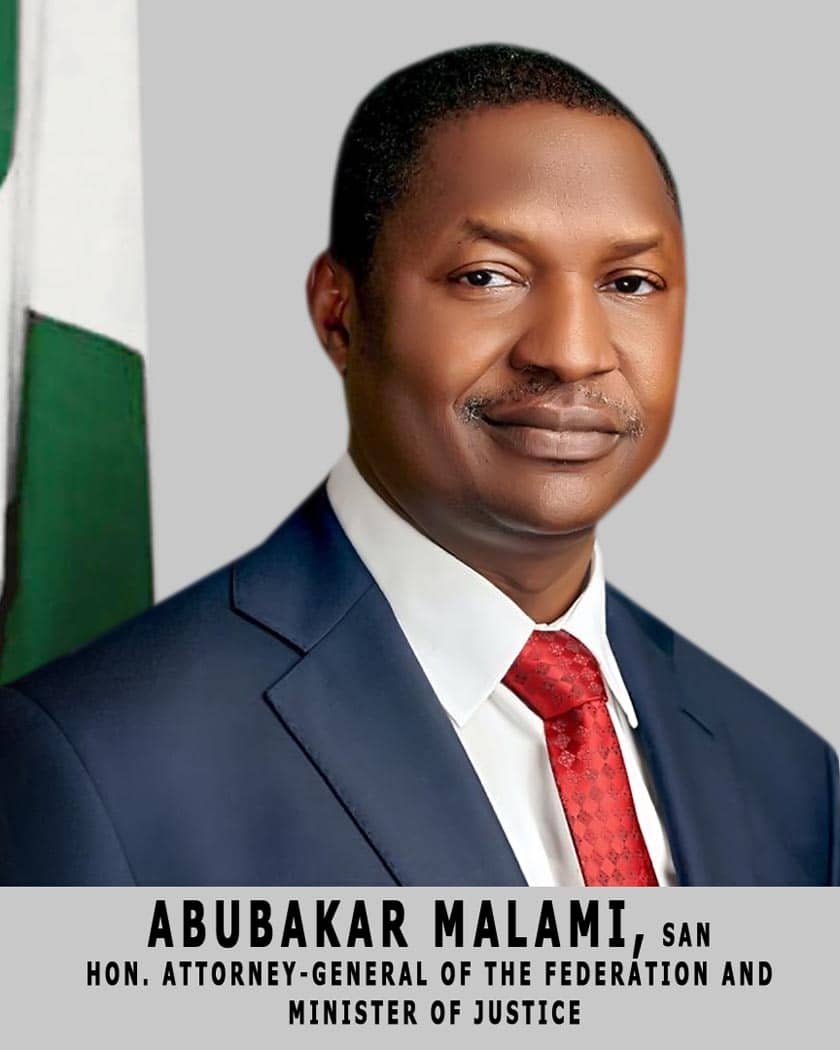 The Nigeria Minister of Justice and Attorney General of the Federation Abubakar Malami on Thursday said that the recent Noise and upheaval by the Nigeria Governors Forum about payments associated with the Paris club refund is baseless as the Justice Ministry under his watch is doing everything in line with the law.

Answering questions from State House Correspondents during the weekly Special Ministerial briefing at the Aso Rock Villa Abubakar Malami said “The liability or judgment debts related to the Paris Club were indeed a liability created by the governor’s forum in their own right, all the noise-making that is now being generated arising from the governor’s forum is not only unjustified but indeed, a clear case of absence of defense.”

Giving a proper background to the current differences and how they started Abubakar Malami said,

” On the issue of Paris club that is raised. You mentioned that there exist presidential directives that payments should not be made and then in breach of that directive, payments were made perhaps maybe arising from the conspiracy between the Attorney General of the Federation and Minister of Justice payments being made.”

” I think you need to be informed first, as to the antecedents, prevailing circumstances, and how the liability arose but one thing I’m happy to state, which I want to reiterate having stated the same earlier, is the fact that the Office of the Attorney General and the government of President Muhammadu Buhari has not indeed incurred any major judgment debt for seven years it has been on. Now, coming to the antecedents background of the Paris Club.

” The liability or judgment debts related to the Paris Club were indeed a liability created by the governor’s forum in their own right.

“How do I mean? The Governor’s forum comprising of all the governors sat down and commonly agreed on the engagement of consultants to provide certain services for them relating to the recovery of the Paris Club. So, it was the governor’s forum under the federal government in the first place that engaged the consultant.

” Three, when the claims were eventually processed and paid to the governor’s forum. They indeed on their own, without the intervention of the federal government took steps to make part payments to the consultants, acknowledging their liability over the same.

” And then four, when eventually they made such payments at a point they decided to stop the payment. The consultants instituted an action in court against the governor’s forum. And what happened in court? They submitted to consent judgment. They asked and urged the Court to allow them to settle out of court. The court granted them an opportunity to settle. They commit terms of settlement in writing, they signed the terms of the settlement, agreeing and conceding that such payments be made to the consultant.

” And then five, thereafter, the federal government under the administration of President Muhammadu Buhari was requested to comply with the judgment and effect payment. The President passed all the requests of the governess to the Office of the Attorney General for consideration. I suggested to the President the face value of the judgment and the undertones associated with the consultancy services. It was my opinion, the same treatment we meted to P&ID, that let us subject this claim, the consent judgment to an investigation by the agencies of the government. Mr. President approved, I directed the EFCC and DSS to look into these claims and report back to the office of the Attorney General. And these agencies reported and concluded that there is no problem undertone associated with it. The government may continue to sanction the payment dependent. Now, that was the background.

” Even at that, we took further steps after receiving these reports from the EFCC among others, to demand indemnity from the governors. You, as a forum, incurred this liability, as a forum you submitted to consent judgment. We have subjected these claims to investigation and we have a report, but even at that, we need independent indemnity from you, establishing that it is with your consent and understanding that these payments should be made, in writing. And I’m happy to report to you that the governors individually and collectively provided the desired indemnity to the Office of the Attorney General, conceding, agreeing, and submitting, that the payment should be made.

” Yes, and that was the ground and the basis on which we eventually decided by advising the president that the payment should be made. And then along the line, there was a change of leadership in the governor’s forum. And all the noise-making that is now being generated arising from the governor’s forum is not only unjustified but indeed, a clear case of absence of defense.

” But one other point of interest you may wish to note is the fact that the new leadership of the governor’s forum instituted an action, even when the federal government was indeed acting based on the judgment of the Supreme Court. They now embarked on a fresh legal suit, challenging the payment, challenging the previous agreement, challenging the indemnity and the court dismissed the application. Their case was dismissed by the Federal High Court.

” So that is the foundation and I’m happy to report, that the judgment and contention was a judgment that was obtained long before the Attorney General, Abubakar Malami came into office, long before the administration of President Muhammadu Buhari came into office. It was a product of their own doing and they had it submitted to judicial proceedings, and judgment was entered against them. They have committed to the payment of the money, they have on their own indeed effected part payment.” Malami Concluded