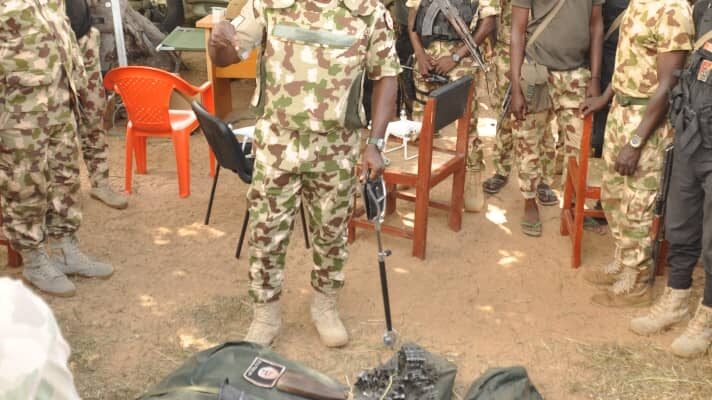 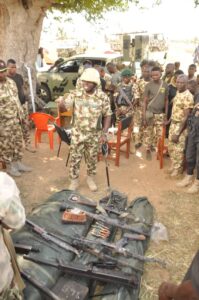 In continuation of the sustained offensive against terrorist elements in the North East of the Country, under subsidiary Operation WUTAR TABKI, the Air Task Force of Operation LAFIYA DOLE has destroyed terrorists’ hideouts and neutralized several fighters at Ngwuri Gana along the Gulumba Gana-Kumshe axis as well as at Jumacheri near Damasak in the Northern part of Borno State. This was achieved through separate air interdiction missions carried out on 21 and 22 October 2020 on the heels of Human Intelligence reports as well as series of Intelligence, Surveillance and Reconnaissance (ISR) missions indicating that several terrorists had assembled at the 2 locations in preparation to launch attacks against nearby troops’ positions.

According to Coordinator Defence Media Operations Major General John Enenche in a statement made available to BEN Television in Abuja   The hits by Nigerian Air Force (NAF) fighter jets and helicopter gunships dispatched by the Air Task Force to attack the 2 target areas resulted in the destruction of some structures as well as the neutralization of dozens of terrorists.

Similarly, the Land and Air Components of Operation THUNDER STRIKE also neutralized scores of armed bandits in a joint offensive operation to clear identified bandits’ camps in the Yadi and Kufai Shantu areas of Giwa Local Government Area (LGA), Kaduna State. The operation was executed on 24 October 2020 on the heels of credible Human Intelligence reports as well as series of aerial surveillance missions that led to the identification of the hideouts of a notorious bandits’ leader and his fighters.
General Enenche Through a statement said, the first wave of the Air Component’s air strikes, which involved 7 Nigerian Air Force (NAF) aircraft undertaking 12 missions in a total of 23 sorties, commenced at dawn and targeted a cluster of huts housing notorious armed bandits’ leader, named Buhari Halilu. The second wave of attacks, which targeted the bandits’ hideout at Kufai Shantu, was aimed at incapacitating the bandits at the location to reduce resistance to the ground troops advance towards Yadi.

Following the Air Component’s fixing efforts at Kufai Shantu, the Land Component, supported by an attack helicopter, successfully assaulted Halilu’s hideout at Yadi, clearing 2 of 3 objectives. The ground troops subsequently fought through fierce resistance from bandits hiding under the foliage at the third objective and eventually overpowered the criminals, eliminating several of them. The Air Component provided effective support to the ground troops during all phases of the operation.