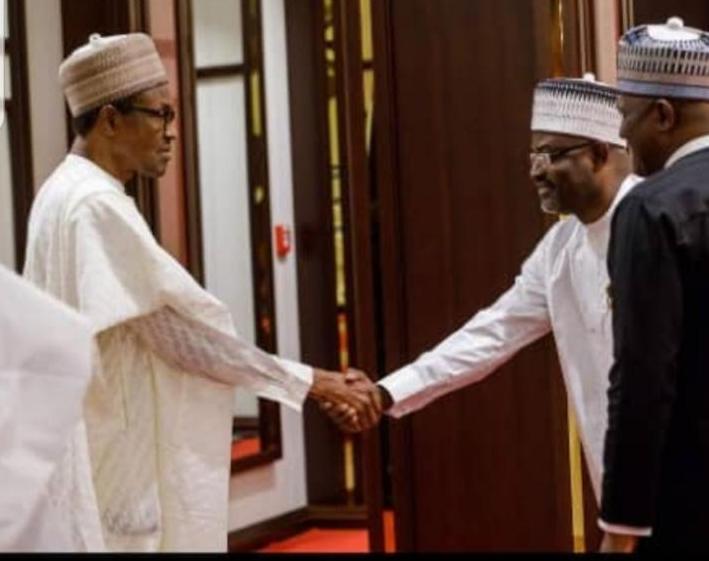 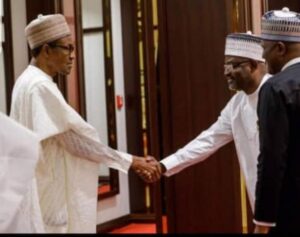 Dear Mr. President, Our land is under serious threat, the fabric that Ties and Unite the various nations is in danger of being severed… We do not know the real actors, we can only guess here and there.

The masses now live in bondage, the masses have nowhere to run, so we run to you, our dear President, the man to whom we gave much, therefore we expect much. We know we can count on you and it’s never too late to take action, in you we found trust and as a beacon of hope Sir, you must rise to the ocassion.

Mr. President Sir, we need not remind you that you’re the head of the family called Nigeria, you have indeed played the soft ball for too long… Therefore in emergency situation such as we find ourselves, *we are left with no choice but to invoke the Militarization in you…

Remember in a county where morality is lost, you can never satisfy anybody or everyone. We need you to clamp down on all these cockroaches. Nigerian military have time and again proven their gallantry throughout the world in their various peacekeeping missions…

It raises eyebrows to see that we cannot replicate that in our own land. Our entire security personnel which are supposed to be revered, feared and respected are now sitting ducks and the easy target of the mischief makers… In some places it is so bad a police officer cannot even wear his uniform for fear of being targeted and killed. When did we got to this stage?

A typical Nigerian would insult and condemn you if you act, likewise, so Mr. President Sir, it’s better you act fast & ruthless and be insulted or condemned, God will surely judges from the heart and will vindicate you… Posterity will have your name engraved in the hall of fame or in the garden of shame if you fail to be decisive.

We are not unaware of your struggles in leading this country, we know your fight against corruption is utmost and sincere Sir, we also know corruption is fighting back and destruction is a surefire compared to building, in your bid to make Nigeria a better place, you have stepped on many toes, you have garnered dangerous and ruthless enemies but we are steadfast in our prayers for your success, because we have the foresight to understand that your success is Nigeria’s success.

We are aware of all the evil efforts and evil forces put together in a precise manner to carry out simultaneous acts of criminality all through the country.

Mr. President we can only imagine how you’re conflicted about inflicting pain to all the terrorist groups that keep evolving around us… But a stitch in time they say, saves nine…

Declare state of emergency in all the troubled flashpoints.

History favors the brave, let it be that you have at least tried rather than allow things to snowball into another Boko Haram that has been raging on for well over a decade causing both latent and patent decay in the structures of governance, littering the societies with dead bodies in it’s wake, causing so many abnormalities of unnatural sequence… Divorcing innocent citizens from their abode into IDP camps.

Should we continue to watch as people get killed of mugged day in day out as though we now live in a slaughter house ? Indeed the common criminal is no longer common, they have evolved, become emboldened and now posses the tenacity and confidence of judas… they are being goad and sponsored to distabilize our peace, to annihilate our unity, they have a single purpose, carnage, havoc, caos destruction and they make sure every day they terrorize the innocent… alas!, they will not succeed, we shall triumph insha ALLAH.

We call on you Mr. President to do all things doable to restore sanity in our land, suspend the Constitution if you must, declare STATE OF EMERGENCY, smoke out enemies of Nigeria, crush them, snuff them… decimate them, don’t give any of them fair hearing, don’t give them trial, cut off internet or even mobile networks… Restore the lost respect for constituted authority… For surely Mr. President you have over pampered this criminal elements, actualize the shoot on sight order.*

Go jungle on these miscreants, let them tremble at the sight of our police, let them genuflect like leaves at the mere mention of our military.

Surely, it is typical of human nature to understand the language of force to the wisdom of reasoning.* No Nation will survive when everybody feels he knows best how to rule… Especially on social media. Fix the metastasis Mr. President because the cancer is spreading and spreading fast!