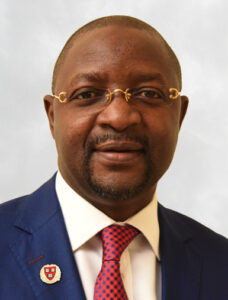 A human right activist, Ahmed Zakari has call on President Muhamadu Buhari to set up a panel of investigation to unravel what transpired on Sunday, October 11, 2020 at the home town of the Minister of Youths and Sports Development, Sunday Dare in Ogbomosho Oyo State where a young man, Isaq Jimoh, was killed by Police bullet and two were others injured.

Zakari made this known in a press statement made available to BEN TV.

Sunday Dare, the most performing Minister on Twitter under the Buhari led government, set another record on Sunday, October 11, 2020 in his home town, Ogbomosho, Oyo State.

His intention for visiting his home was laced with his clandestine quest to become the next governor of the state, after he must have finished destroying the Federal Ministry of Youth and Sports Development that Mr. President graciously assigned him to preside over.

Since taking over the Ministry, sports has been existing on his twitter handle (no wonder his handle was verified by twitter). In plain language, sports is dead and the only thing visibility that sports has, are litigations which he originated with Federations he is meant to supervise.

The youth aspect of the Ministry got attention because of the #EndSars campiagn. Instead of properly studying and understanding the situation as it affects the youth, who are under his Ministry’s mandate, our Twitter Minister made a comment that ended up angering a lot of persons. He lent his support to the reformation of SARS instead the national outcry for the End of SARS. If our Twitter Minister is worth his salt or knows his onions, he would have realised that SARS has supposedly undergone several “reformations” and that Nigerians no longer want “reformation” but an “end” to SARS. He twitted:

“I join the REFORM SARS NOW call! The process has started & should be followed through. Youth have been heard! Youth are the ones on the receiving end of the nefarious activities of bad SARS officers. Youth deserve protection, not decimation. Govt is committed to protect youth”.

Less than 24 hours after making twitting the above, tragedy struck at his home town, Ogbomosho in Oyo State. A young man, Isaq Jimoh, was killed by Police bullet and two were others injured.

Without getting a proper account of what transpired, in Ogbomosho, the headline seeking Minister dashed to his home town, only for his security details to open fire on peacefully protesting youth who demanded that he should condemn the action of the Police.

The aftermath of Dare’s security details left 8 persons dead. This means that Dare’s impulsive action has cost the Nigeria 8 young souls that he was meant to fight for.

To clean up this mess, he took to Twitter once again, to announce to the world that it was hoodlums and not youth from Ogbomosho that attacked him at the Soun’s Palace.

“The hoodlums broke into the Palace and destroyed chairs, overturned tables, broke windows. These were not Youth or Students. These were miscreants and thugs who saw a window of opportunity in the protest which had since abated. Thankfully, Soun, the chiefs, leaders of Parapo are safe”.

This is time for the President to act fast and send this monster parading himself as a Minister to where he rightly belongs.