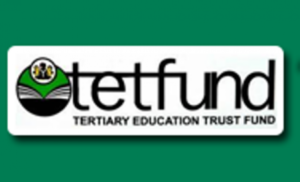 This was disclosed in a presentation by researchers under the Pharmaceutical Subsector Thematic Group of the Tertiary Education Trust Fund, TETFund, Research and Development Standing Committee, RDSC, during a virtual meeting on Tuesday, which coincided with the one year anniversary of the committee.

Lead Presenter of the group and Director General of the National Institute for Pharmaceutical Research and Development, NIPRD, Dr Obi Adigwe, said out of about 6 or 7 companies which have World Health Organisation, WHO, certification in Africa, four were actually in Nigeria, stating that there is no lack as regards the critical basis of the manpower in the sector.

Adigwe however noted that “the Nigerian pharma market is still estimated at between 1.5 and 2.5 billion dollars despite the potential for us to capture somewhere around 30 to 40 per cent of the African market particularly given new policy intervention such as the ACFTA.”

According to him, pharmaceuticals are also issues of national security, adding that unless the country is able to determine how its medicines are produced and distributed, its population would not be able to guarantee sustained supply of high quality and affordable medicines that will enable it have access to good quality healthcare.

“Pharma sector is probably the highest value chain related sector in any part of the world. For every job you create in the pharma sector you create close to ten jobs on ancillary,” he said, adding that the sector has a high potential to stimulate growth across the entire socio economic space.

The NIPRD boss therefore recommended among other things, the provision of infrastructure and equipment, as well as funding and prioritisation of local companies in the production of pharmaceutical products.

Adigwe also called for legal base and policy framework as well as institutionalisation of research, to guide the various processes of research, production and delivery of pharmaceutical products, adding that specific focus should be placed on building synergy among stakeholders in the identified areas of research.

While calling for improvement in ICT facilities, and power supply to compete with external institutions, he said if the country can focus on phytomedicine alone, it is enough to drive about five per cent of its Gross Domestic Product, GDP, stressing that it is time to use science and technology to diversify the economy of the country.

A Vice Chairman of TETFund RDSC, Engr Mansur Ahmed, who also chaired the meeting, expressed worry over the gradual disappearance of pharmaceutical plants in Nigeria, while calling on efforts from relevant agencies to save the plants by conserving the forests across the country.

Ahmed, who called for the deployment a legal framework to guide pharmaceutical rights in the country, noted that intellectual property right, which is currently used by developed countries in the production and distribution of vaccines was key to the pharmaceutical industry in Nigeria.

He also stated that vaccine production and phytomedicine will not only lead to the development of needed medicines but also result in the conservation of forests across Nigeria.