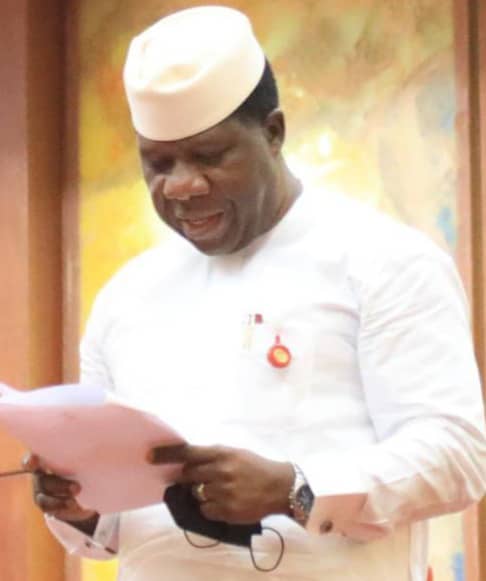 The members of the Senate of Southern extraction under Southern Senators Forum, has insisted that Nigeria can only witness progress and prosperity if all citizens value unity and patriotism.

As the citizens step into another new year, the Senators, harped on the need to forge a united nation to fortify the country bonds and make it strong to overcome the cankerworms of corruption, insecurity and economic deprivation.

Bamidele made passionate appeal to religious and political leaders, not to make incendiary and inflammatory comments that can further widen the existing cleavages and stoke the fire of disunity, that has been the main challenge ripping the country apart.

Bamidele stated that the country was brought together was through God’s design, and not by the knowledge of any mortal, urging Nigerians to be circumspect of this fact and guard the country’s unity jealously.

The Senator representing Ekiti Central wished Nigerians a prosperous new year, urging them to make the right choice in the 2023 general elections, for the task of building a progressive nation realisable .

The Forum’s Chairman said; ” We thank God for giving us the opportunity to see the new year as it is neither by might nor by our own strength to see this new year, but by the help of Almighty God because nobody can receive anything expect he has been given by God.

” I want to use this opportunity to appeal to our community and religious leaders to continue to preach the message of peace among all Nigerians, because a nation can’t progress or prosper unless there is unity among tribes and religious organizations.

“We must know that a peaceful and united nation is a bedrock and fertile ground for progress and prosperity to be attained and sustained.

“With that spirit of unity and patriotism, we believe citizens can get it right by voting their conscience in any election without external influences and inducements .

“We charge Nigerians to get it right in the new year by supporting governments to build strong institutions that can stand the test of time and that can put the nation on a faster pace of peace, unity, political emancipation and economic prosperity”.