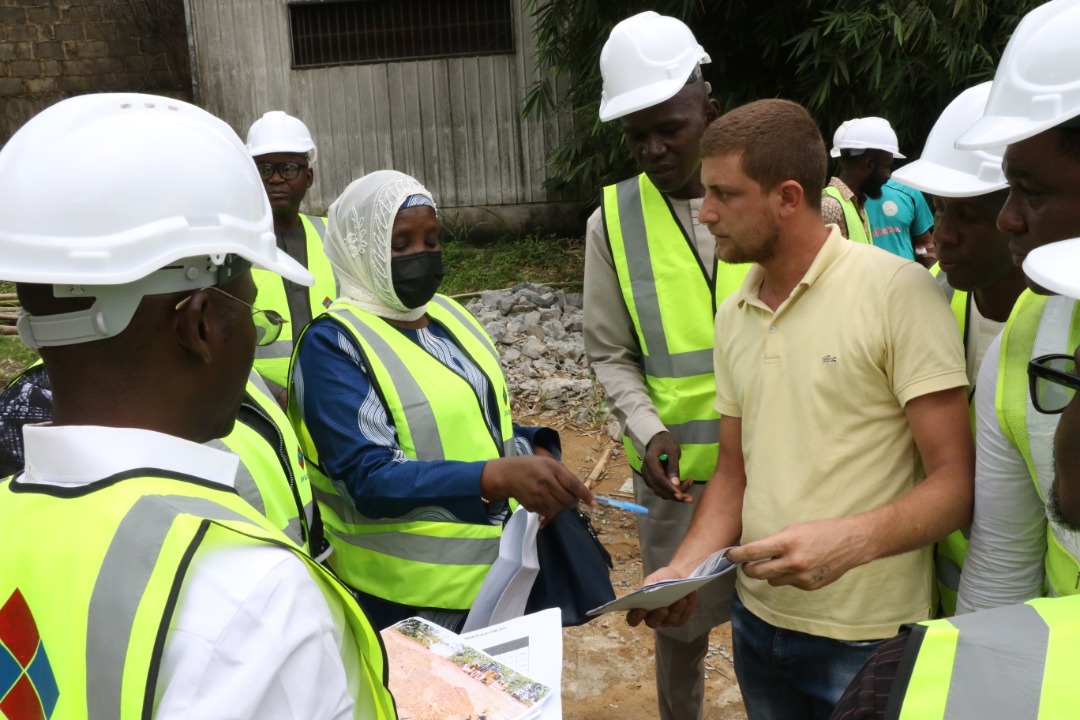 NEPZA complete 76 of 112 projects in Calabar, other FTZs

A total of 76 out of the 112 projects approved for the Nigeria Export Processing Zones Authority (NEPZA) by the Federal Government, have been completed.

According to the statement by Martins Odeh, Head Corporate Communications of NEPZA, the Joint Projects Monitoring Committee that comprised officials from the Ministry of Industry, Trade & Investment and the Nigeria Export Processing Zones Authority (NEPZA) rounded-off scheduled inspections of 112 approved projects for the Authority.

These projects, captured under the NEPZA Tender Board of 2017-2021, direct Federal Executive Council approval and the Ministerial Tender Board of Capital Projects are located at Calabar Free Trade Zone (CFTZ), Kano Free Trade Zones (KFTZ) and the newly approved Lagos and Kwara Special Economic Zones respectively.

Out of the 112 ongoing projects, a total of 76 have been completed with the CFTZ accounting for 28; KFTZ 38; Lekki SEZ 5; and Ilorin SEZ 5 while others are at different levels of completion.

Some of the projects include: Erosion Control Works & Rehabilitation of Collapsed Perimeter Fence at CFTZ; Construction of Emergency Exit Gates & Access Road to the Jetties at CFTZ; Re-Asphalting of the Exiting Dual Carriageway Road Network at CTFZ; Consulting Services for Masterplan & Architectural Design at Kwara SEZ; Consulting Services for Engineering & Infrastructure Design at Kwara SEZ; Quantity Surveying for Feasibility Studies at Kwara SEZ; and the Development of initial 5MW Power Plant & Electrical Reticulation within the Ilorin SEZ.

There is the Construction of Roads with Associated Drainage Work at KFTZ; Construction of Four Standard Size Factory Building & Associated External Works at KFTZ; the Purchase of Property at No.38 Kofo Abayomi Street, Victoria Island, Lagos; thee Re-furbishing & Furnishing of the Newly acquired NEPZA new Lagos Zonal Office among others.

Speaking at the end of the tour in Calabar, Hajia Zainab Aliyu, NEPZA’s Director of Monitoring & Compliance, expressed satisfaction with the level of projects execution across the four zones, adding that the Federal Government had always ensured value-for-money in the execution of its contracts.

Aliyu, who led the Authority’s team in the statement, said that the approval for the projects’ inspection tours indicated government priority toward adequate provision of infrastructure in the free trade zones.

She said: “As part of the statutory responsibility of NEPZA as provided in Section 4 of the Authority’s Act 63 of 1992 is the provision that ensures that all zones provide some of the basic infrastructure. We are also obliged to constantly monitor and evaluate both new and old infrastructure.

“To this end, the Managing Director, Prof. Adesoji Adesugba decided to set up this committee to access all the projects that have been earmarked from the period he assumed leadership of the Authority.

“The Authority has, however, decided to carry out the task jointly with our supervising Ministry, which is the Ministry of Industry, Trade and Investment. So far, we were encouraged by the progress of executions.’’

Meanwhile, Martins Odeomenem, Director of Procurement, who led the team members from the Ministry of Industry, Trade & Investment, described NEPZA as a serious agency of government that had always displayed uprightness in the conduct of its affairs.

Odeomenem, explained that the ministry was, however, mostly concerned with those projects approved through the Ministerial Tender Board, adding that most of projects under the above category had been completed.

“he inspections were aimed at ascertaining if the contracts the government awarded within the period under review are achieving the purpose for which they were awarded and executed. This is the essence of our assignment.

“I am fully aware that NEPZA is a serious establishment that abhors shoddy execution of its projects because of the strategic nature of the free zones in attracting foreign investment. We have gone around and I can say with all sense of responsibility that we are satisfied with what we have met on ground so far.’’ Odeomenem said.

The committee is, however, expected to submit a detailed technical report of its evaluation within 21days.

In a related development, members of the House Committee on Commerce who are embarking on their Mid-Term Inspections of projects at free zones across the country concluded a two-day tour of the Kano Free Trade Zone on Monday.

Hon. Richard Gbande, Deputy Chairman of the committee expressed satisfaction on how the Authority had so managed the special economic ecosystem, describing it as a vital economic gateway that should fast track the industrialisation of the Northern region.

Gbande explained that the zone was lucrative going by the presence of 75 enterprises functioning night and day to increase production for the country’s highly competitive markets.

“We are sure production and competition among the enterprises in the zone would increase significantly if the Federal Government finally divests its equity to the private sector as planned. Doing so will help open the space more for job creation.’’ The Lawmaker said.

OUR DOORS ARE OPEN FOR BUSINESS, SANWO-OLU TELLS AMERICAN INVESTORS
Previous Post
COS 2022: Conference of Speakers of State Legislatures In Nigeria To Embark On Study Visit, Legislative Processes In Canada