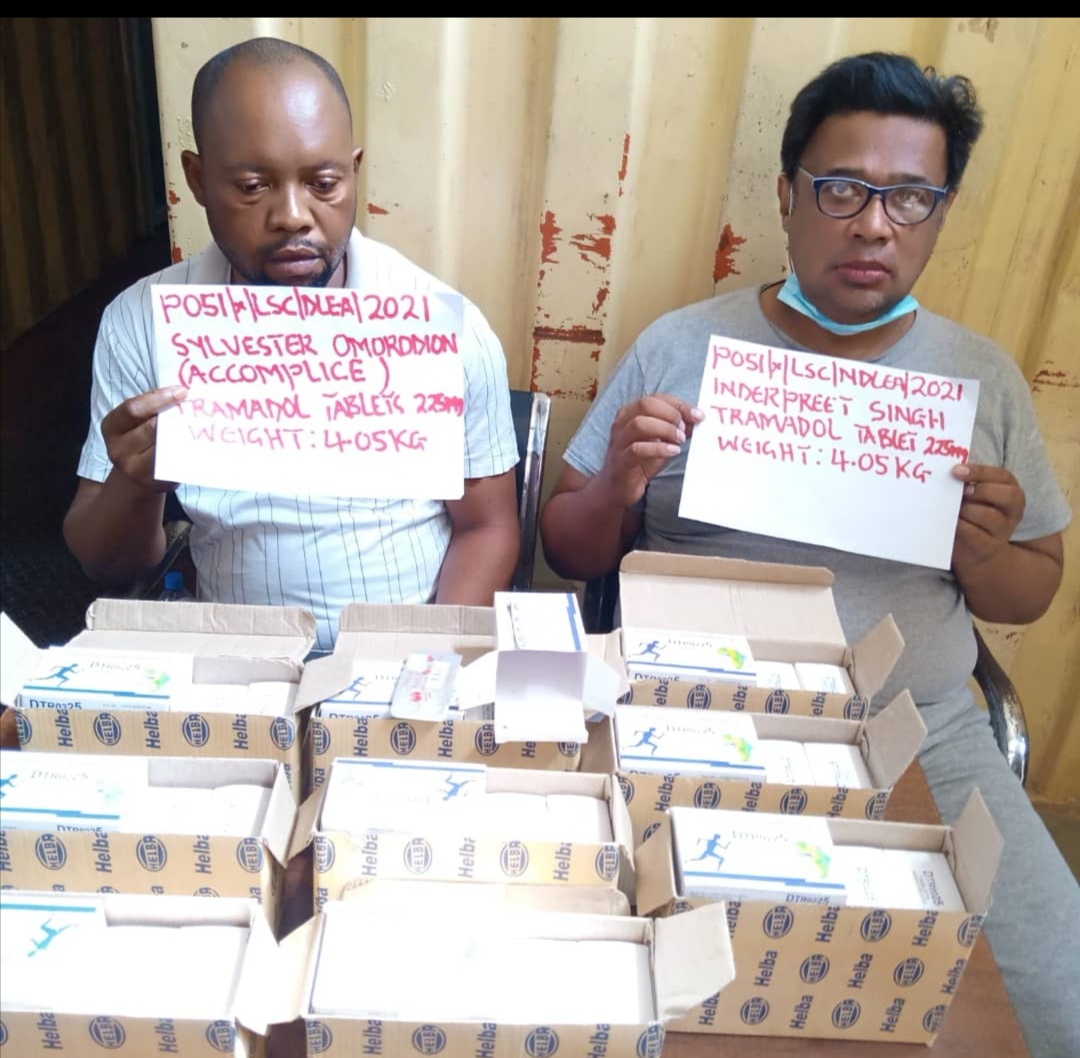 The National Drug Law Enforcement Agency, NDLEA, has intercepted a container load of Tramadal at the Apapa seaport in Lagos, just as its operatives have arrested 90 persons including an Indian during raids of some drug cartels in parts of Lagos where a total of 614.396 kilograms of various hard drugs were seized. 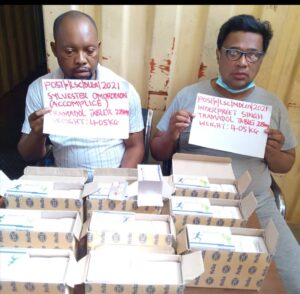 At the Apapa seaport, about two million capsules of Tramadol (precisely 1,994,400 capsules) tucked in 554 cartons were intercepted in the container, which was falsely declared to contain ceramic tiles. According to the Apapa seaport Area Commander of the NDLEA, Mr. Samuel Gadzama, one of the containers bearing the illicit drug had been intercepted and seized in Kenya. “Though the second container found its way to Nigeria but the eagle eyes of our narcotic agents discovered it during a joint inspection of the ship. We’re continuing with further investigations”, he stated.

In the same vein, operatives of the Lagos state Command of the Agency has raided some drug spots in Agege, Ikorodu, Lekki, Okokomaiko and other parts of the state and dismantled major drug syndicates, arrested suspects and seized large quantities of hard drugs.

One of the drug syndicates busted during the raids is co-ordinated by one Samuel Ebenezer in Lekki whose cartel imports special sophisticated drugs baked in cakes, biscuits and cookies from the United States and sells to the rich and affluent people in Lekki and Lagos Island.

The second syndicate is co-ordinated by an Indian, Inderpreet Singh, alias Bobby that imports Tramadol 225mg from India and sells in Nigeria from his Osy Agomo Close, Apple Estate, Amuwo Odofin area of Lagos. Mr. Singh is also a dealer in tricycle parts and the Managing Director of Rashaan Trading Ltd. Arrested with him is a Nigerian, one Sylvester Omoredien.

In his reaction to the Apapa seaport seizure and Lagos raids, Chairman/ Chief Executive of the NDLEA, Brig. Gen. Mohamed Buba Marwa (Retd commended the Commanders, men and officers of the Commands involved in the operations for their efforts even as he charged them to remain focussed on the maxim of his leadership, that is, offensive action against illicit drug users, peddlers, traffickers and the barons.