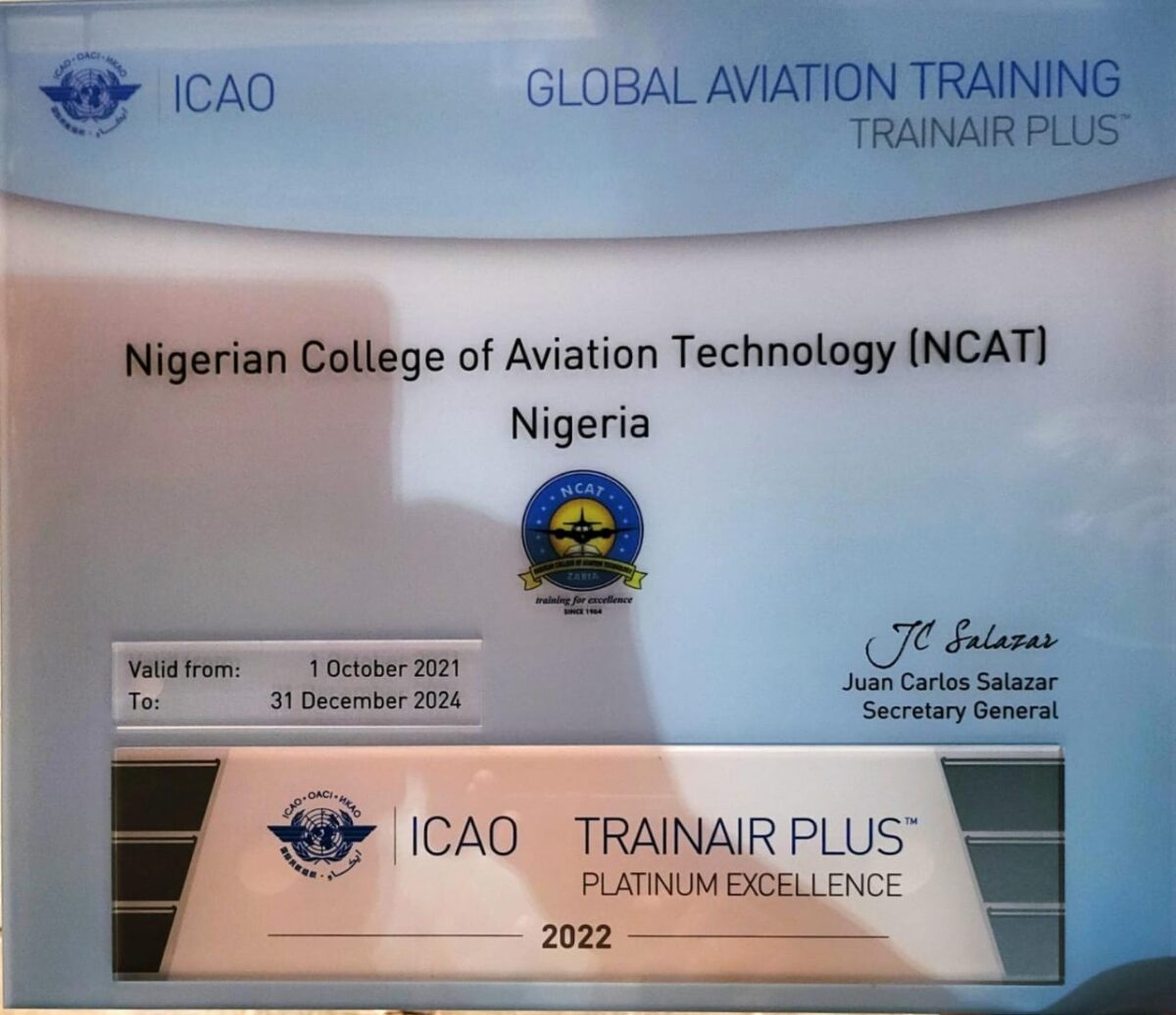 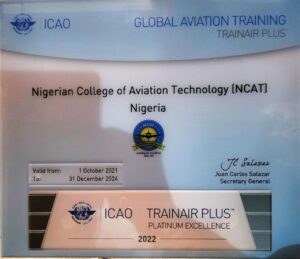 The Nigeria College of Aviation Technology Zaria has again been recognised by the International Civil Aviation Organization (ICAO) as the best in the world, this time in the training of Instructors.

According to him, the organisation will continue to support member-nations in achieving its objectives of ensuring air transport safety and particularly commended the efforts of the Federal Government in repositioning the nation’s aviation industry.

Since the inception of the Buhari administration, the International Civil Aviation Organization has awarded NCAT Zaria the following:

3. Highest number of trainees in ICAO training packages in the world. ‘The best safety in aviation is the best trained Aviator’.

Reacting to the awards, Nigeria’s Minister of Aviation, Senator Hadi Sirika said they were testimonials of the good work that has been done in the sector since the coming of the present government and expressed appreciation to the world body for recognising the achievements.

According to him, the best safety in aviation is the best trained Aviator as the industry is one that has zero provision for errors.

He thanked President Muhammadu Buhari for his commitment to the development of the aviation industry beginning with his approval and continued support for the Aviation Roadmap implementation.

The Minister reiterated Government’s resolve to ensure full delivery of all the components of the roadmap before the Buhari administration winds down in 2023.