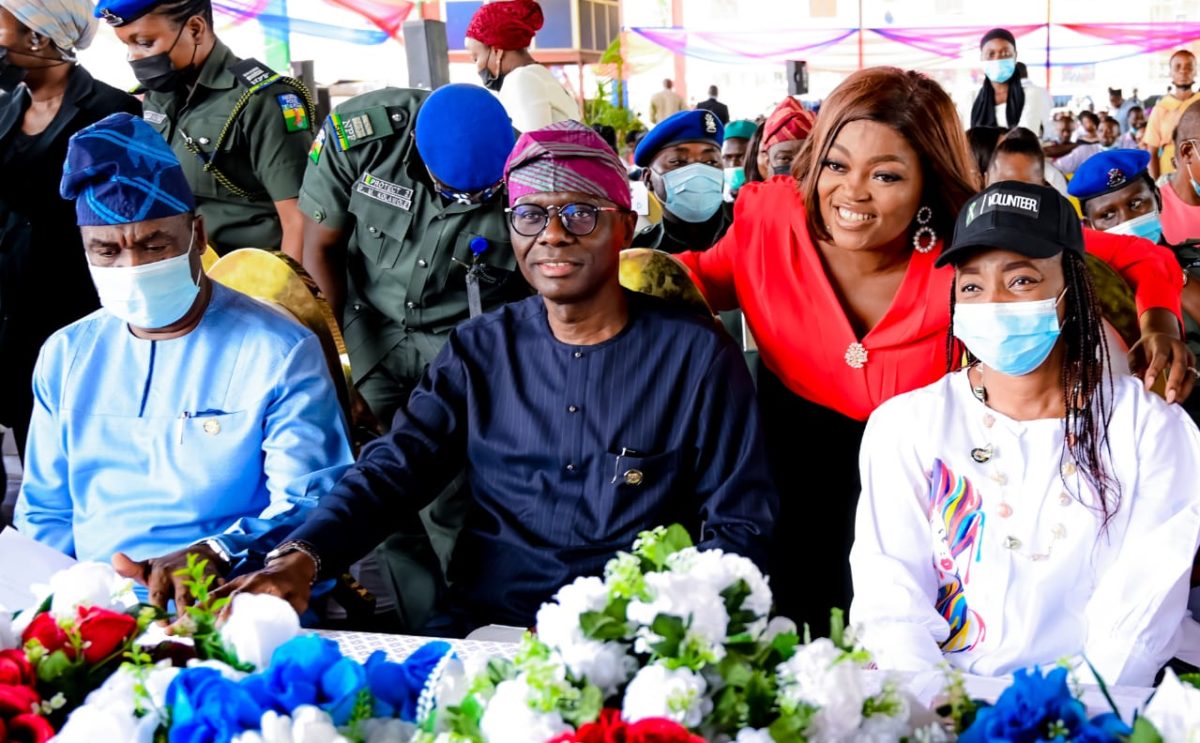 LSETF HAS SUPPORTED OVER 40,000 STARTUPS WITH ACCESS TO FINANCE – SANWO-OLU

Lagos State Governor, Mr Babajide Sanwo-Olu on Tuesday disclosed that the Lagos State Employment Trust Fund (LSETF) has so far supported over 40,000 startups with access to finance which in turn has created jobs and contributed to the bid to ensure an enabling environment for businesses, especially budding entrepreneurs to thrive.

The Governor spoke at the maiden edition of the Lagos Inter-Youth Collaboration organized by the Office of the First Lady of Lagos State, held at LTV Blue Roof, Agidingbi, Ikeja, with the theme: “Youths and Moral Values in an Evolving Society: Challenges and Recommendations.”

The programme, according to a statement signed by the Assistant Director, Public Affairs, Office of the Lagos State First Lady, Mrs Olubukonla Nwonah, was designed to expose over 1,000 participants drawn from 100 youth groups both from formal and informal sectors as well as paramilitary institutions across the state to the various intervention programmes of the state government specifically targeted at the youth.

“They have been on for a couple of years and every year, they are doing lots and lots of great things. The programmes are available irrespective of who you are, where you are from or who you know, as long as you are a resident of Lagos.”

The Governor, who also spoke on activities of the Lagos State Science and Research Council, said in the last two years, grants worth millions of naira have been given to various tech firms through the council to support them to grow and build on their innovations.

“The council, headed by the VC of UNILAG, reviews a lot of tech start-up businesses that we have and once they see some of them, they pass them; they give them grants. In the last two years, they have given grants of N10million, N20million, N5million, and N2million to different categories of individuals.

“Our youth need to take advantage of these programmes. See how you can partake and how you can be part of it because it is published everywhere before they get entries. We have been doing it for the past two years and there is another one coming before the end of the year again,” Sanwo-Olu said.

He commended the Office of the First Lady for putting the programme together, saying it would go a long way to build conversations around various initiatives of the government for young people.

In her opening remarks, the First Lady, Dr Ibijoke Sanwo-Olu said the Inter-Youth Collaboration was aimed at sensitizing youths on the inculcation of moral values which were gradually being eroded in today’s society, as well as how they can take advantage of intervention programmes of government for the youth.

“Our objectives, among others, are to encourage youth participation in Nation-building, create awareness on civic rights and responsibilities, provide access to opportunities profitable for youths, enlightenment of the youths about the activities of the state government, and re-orientation,” she said.

At the programme, key government MDAs including Ministries of Agriculture, Education, Finance, Wealth Creation and Employment, Youth and Social Development, Science and Technology, Health Management Agency, and Office of Sustainable Development Goals and Investment were on hand to educate participants on programmes of government including Bursaries and scholarship opportunities, low-interest loan packages of the Lagos State Employment Trust Fund, innovation funds, among others.

Representatives of the Independent National Electoral Commission (INEC) were equally on ground to enlighten participants on how to participate in the voting process, while various prizes including laptops, phones, cash rewards and other gift items were won through raffle draws personally supervised by Mr Governor and the First Lady.

The highpoint of the programme was special appearances by Nigerian star actress and producer, Funke Akindele-Bello (Jenifer); as well as hip hop musicians – Humblesmith and CDQ.

SANWO-OLU: ATTACKERS OF SECURITY AGENTS WILL FACE JUSTICE
Previous Post
Teni Makanaki Storms Akure for the Commissioning of DORIAN HOME.
Next Post
You May Also Like