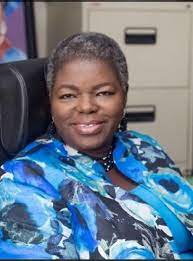 The Chairman, Teaching Service Commission (TESCOM), Mrs. Elizabeth Olabisi Ariyo, has reiterated the commitment of the Lagos State Government to ensure that the welfare of its pensioners remains top priority.

Speaking at the Year 2021 Pensioners’ Forum organised by TESCOM and tagged: “A Day With The Teaching Service Pensioners”, held at the Adeyemi-Bero Auditorium, Mrs. Ariyo noted that the State Government is not unmindful of the tremendous contributions of the pensioners’ and is doing everything within its capacity to ensure that their welfare is treated with dispatch.

She said, “It is to this end that the administration of Governor Babajide Sanwo-Olu has treated the payment of salaries and pensions as a first charge item on its financial expenditure, making sure that they are paid as and when due”.

Affirming that teachers are the bedrock of every successful society because everyone builds on the foundation laid by them, Mrs. Ariyo maintained that the reward of teachers is no longer in heaven as the greatest reward of any good teacher is seeing their products thrive in society.

The Chairman stated that the government made life easier for its Senior Citizens with the introduction of the online verification exercise that is seamless, stress-free and accessible from the comfort of their homes.
She pointed out that the annual Pensioners’ Welfare Programme was initiated to give retirees a sense of belonging, serving as a form of reunion and an encounter to check on their wellbeing.

Earlier, the Permanent Secretary, Teaching Service Commission, Mrs. Toyin Machado-Onanuga, explained that the programme was conceived to recognise and appreciate pensioners’ contributions to the development of education in the State.

“This annual event is designed to appreciate and recognise your immense contributions to the educational development and growth of the State while in active service. It is to reunite and bring together our retirees in a more relaxed atmosphere, to check on your well-being and also sensitise you on ways of maintaining a healthy lifestyle at all times”, she stated.

Mrs. Machado-Onanuga noted that the programme goes a long way in giving retirees a sense of belonging towards education development in the State as well as an assurance and encouragement to those still in active service of the State Government on their welfare even after Service.

She appreciated the Lagos State Governor, Mr. Babajide Olushola Sanwo-Olu, and the TESCOM Board for their unreserved commitment to the welfare of Pensioners in the State.

Responding, the Chairman, Nigerian Union of Pensioners, Lagos State Chapter, Comrade Elder Oluremi Olanrewaju, gave kudos to Governor Babajide Sanwo-Olu and his team for the unflinching commitment and efforts at making sure that pensioners are well taken care of even after retiring from service.

His words: “Mr. Babajide Sanwo-Olu values the State’s Pensioners a lot. He owes no Pensioners a kobo. As Lagos State workers receive their salaries as and when due, same is what is done with the payment of Pensioners”.

He applauded TESCOM for the online verification of Pensioners’ which allowed them to be verified from their comfort zones, advising other agencies to take a leaf from the TESCOM verification exercise.

The Pensioners were also sensitised on ways to further live a healthy lifestyle while free medical checks were conducted for attendee retirees.