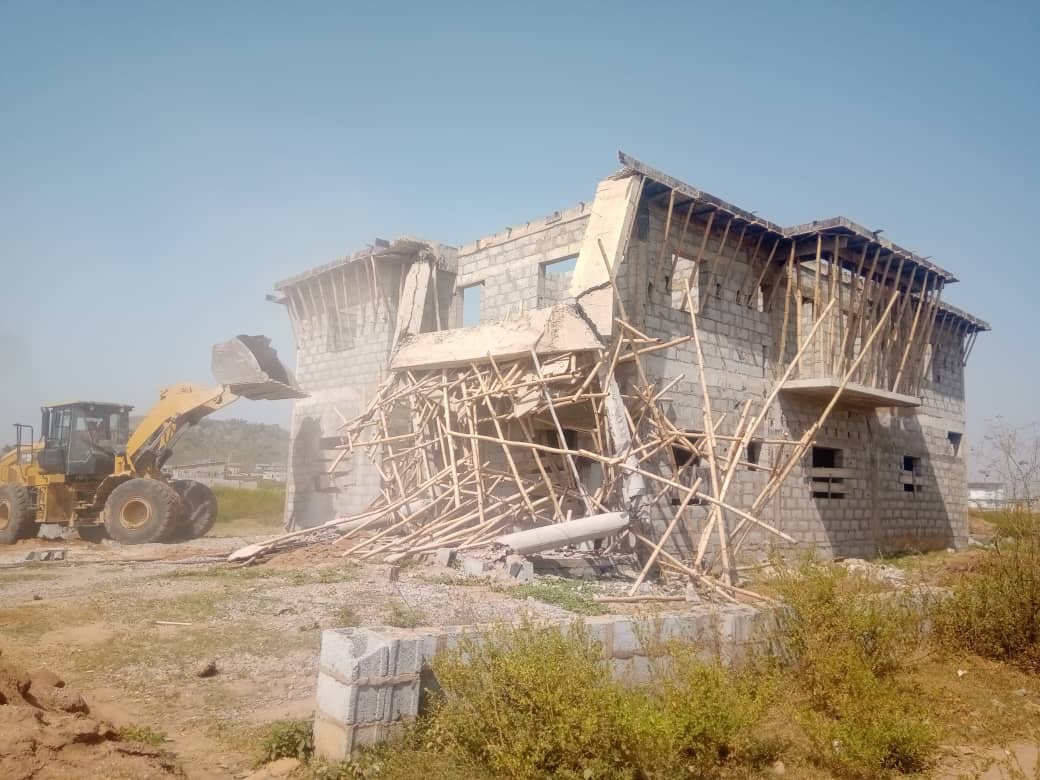 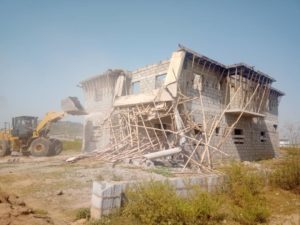 Most of the affected were duplexes at their various stages of completion inside Seman Estate , behind Dunamis Church, along Airport Road, in the newly designated District in the FCC.

Speaking on what necessitated the exercise, Comrade Ikharo Attah, Senior Special Assistant on Inspection, Monitoring and Enforcement to the FCT Minister, said It’s in a bid to restore the sanctity of the Abuja Master Plan emphasizing that the exercise was part of the FCT enforcement component, aimed at curtailing contraventions against land use act in the nation’s capital city.

Attah, who attributed the distortions of the Abuja master plan on the excess of estate developers, however warned them to desist from such, as the FCTA will not relent to ensure massive monitoring and enforcement against violations in the area.

In his words, “At the point of our inauguration, the minister stressed the need to restore the sanctity and dignity of Abuja Master plan, and restore Abuja to the path the founding fathers want it to be.

” The Department of Development Control approached my office to actually clean up some of the things here. So, we have started massively in the area of violations against Abuja Masterplan.

“What the minister asked us to do is to engage and re-engage stakeholders to do the right thing, while still standing that we cannot allow illegality in the FCC.

“We will be doing more inspection, monitoring while also stabilising an ensuring that we enforce very strongly.

“All developers must ensure that genuine land and approved plan before commencing development.

“You must also not exceed your boundary, because we see boundary extensions . So developers who contravene , we will be coming very tough against them, and that is the mandate of the Minister, you can’t rape the Masterplan and go free.”

Also speaking during the Exercise Acting Director, Development Control Department of the FCT, Garba Kwamkur, reiterated that the developers had not come to seek approval for the structures been developed.

He recalled that the Department did some removal at the Seman Estate sometime early this year, and the developer mobilised thugs who assaulted them, and they had to withdraw, and had to return again, because the developer continued building even after he stopped.

He decried that most developers in Abuja think that they don’t have to seek approval for developments in Lugbe and other places within the FCC and FCT at large, adding that Abuja Master plan must be respected.
One of the affected developer, Steven Maxwell, MD, Seaman Global Project Ltd, who described the demolition exercise as shocking, however admitted that the process for obtaining approvals for the structures was still ongoing.

He however disclosed that each of the demolished duplexes upon completion is estimated to cost a minimum of 25 Million Naira.

He therefore made a passionate for the FCTA to halt the exercise, so as to enable the firm to do the needful.