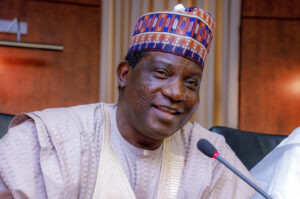 Plateau State Governor, Hon. Simon Lalong has hailed security agents in the state for their swift response that thwarted the attempted kidnap of four students at the state university in Bokkos.

The assailants had on Monday night swooped on the off-campus students’ residences at Ndar community near the university campus and captured four students.

But officers of military Special Taskforce, the Nigerian Police Force, state-owned Operation Rainbow, the university security agents, and community watch groups mobilised and went after the kidnappers who had taken four students with them.

Apparently faced with a hot chase, the criminals abandoned their captives and ran away, leading to the safe recovery of the students.

While commending the security agencies for rising up to the occasion, the governor immediately directed establishment of a police post within the host community of the university to forestall a repeat of such criminality. He also directed that security be tightened in all other schools across the state to guarantee the safety of students.

The governor had last year directed the university management to improve security of the institution which led to the installation of CCTV surveillance and early warning systems all over the campus as well as the preparation to fence the entire campus.

He assured the students that all measures would continue to be employed to ensure that they learn under peaceful, secure and conducive environment. He also appealed to the citizens to assist security agencies with relevant intelligence that would lead to not only the arrest of the fleeing kidnappers, but to the apprehension of all criminal elements that were bent on disrupting the peace of the state.