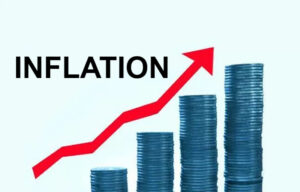 The Consumer Price Index (CPI), which measures inflation increased by 17.33 per cent (year-on-year) in February 2021, compared to16.47 per cent in the preceding month, according to the National Bureau of Statistics (NBS).

It said the 0.86 percentage increase followed upwards price adjustments in the food and core indexes – which determine inflation.

The composite food index rose by 21.79 per cent in February compared to 20.57 per cent in January.

According to the CPI report for February, which was released Tuesday, the rise in the food index was caused by increases in prices of bread and cereals, potatoes, yam and other tubers, meat, food products, fruits, vegetable, fish and oils and fats.

On the other hand, core inflation, which excludes the prices of volatile agricultural produce stood at 12.38 per cent in February from 11.58 per cent in the preceding month.