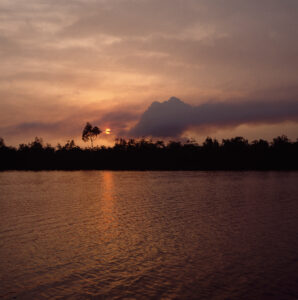 Following a series of attacks by suspected gunmen, many natives of Obiate Community in Nembe Local Government Area of Bayelsa State have deserted their homes to seek refuge in neighbouring communities. It was gathered that after the first attack on midnight of January 20, the armed men have regrouped and attacked the natives more than twice, each time leaving destruction in their wake. The panic-stricken indigenes who feared that the armed men might have set up a militant camp in the area are appealing to the government and security agencies to come to the rescue of the community. One of the victims of the attack, a septuagenarian and elder of the community, Elder Infurobitere Kypus, said his family is one of the families in the community that have been singled out for attack by gunmen, adding that his house has been destroyed, while the shop of his son has been looted and torched.

Narrating their ordeal, the septuagenarian, said, in one of the attacks, his son was beaten and tortured and escaped death by the whiskers, saying that the gunmen have threatened to wipe-out his entire household. He said: “My life and that of my family members are in danger because the gunmen told me that they will wipe out my family, presently we have fled to the neighbouring community where we are taking refuge. “Although, we have reported the matter to the Nembe Divisional Police Station, we are also appealing to the relevant security agencies to investigate what is happening because it appears this matter is not reported in the public domain.” The Paramount Ruler Chief James Karamah, while confirming the sieged on the community by suspected gunmen, described the situation as worrisome, adding that normalcy was beginning to return to the community. He said he had to also relocate his family to Yenagoa, the state capital for safety. When contacted, the spokesman of the State Police Command, SP Asinim Butswat, said there was “no report of such incident,” but promised to make findings.