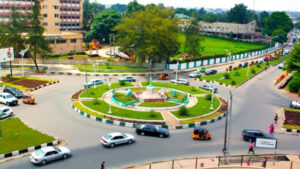 The Imo State Government on Friday said that it would arraign the operatives of the Eastern Security Network linked with the proscribed Indigenous People of Biafra in the ongoing crisis in the Orlu-Orsu axis of the state for murder.

The state Attorney General and Commissioner for Justice, Cyprian Akaolisa, told newsman in Owerri that the ESN operatives were hoodlums and would be treated as murderers by the state government.

The AG confirmed the ongoing military operations in the area, saying “the Imo state government invited the military to flush out the hoodlums who call themselves ESN in Orlu.”

According to him, the leader of IPOB, Nnamdi Kanu, was endangering the people of the state by the activities of ESN In the Orlu area.

Akaolisa who listed how many people the ESN personnel had allegedly killed in the state since 2020, said that the proscribed organization cashed in on the EndSARS protest last year to amass riffles for their operation.

He commended the federal government for deploying troops in the area to secure the inhabitants.

He accused a former governor of the state, Rochas Okorocha, who now represents Imo West at the Senate of allegedly playing politics with the crisis.

Akaolisa chided Okorocha for going to sympathize with a traditional ruler, Boniface Okereke of Uzoubi Umuna Orlu who was harassed by a policeman on January 27, but refused to visit the families of the victims allegedly killed by the ESN operatives.

He disclosed that the arrested ESN operatives would be arraigned by the state government for murder at the end of investigations.

Akaolisa said that the deployed troops would not leave the troubled areas until absolute peace was restored in Orlu-Orsu axis of the state.

Onwuemeodo said, “This government is a failed one. Look at what a whole attorney general of Imo state called journalists to say. This Government can’t succeed in its bid to give Okorocha a personality that is not his own. Everybody knows Okorocha as a man of peace. This government only interest is loot the commonwealth of the state.”