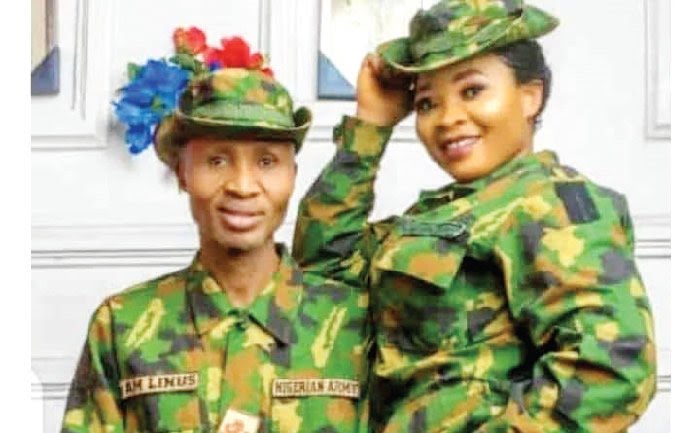 A couple who were personnel of the Nigerian Army have been murdered by yet-to-be-identified assailants in Imo State.

A military source told our correspondent that the woman was first raped before she was shot dead along with her fiancé.

The duo were later beheaded.

The source said the couple were travelling to the state to formalise their traditional marriage rites when the incident happened, adding that the criminals made a video of the incident and circulated it online.

The source said, “They were on their way to Imo State on Saturday when the incident happened. The man, a Master Warrant Officer, and the woman, a Lance Corporal, were on transit when they met the criminals who killed them and made videos and circulated online. The woman was raped before they shot at them and cut off their heads.

“The man was a member of the 19 regular intakes while the wife was of the 79RI. The man still has a father; his brother is also a soldier working at a battalion in Kaduna State.”

The Director, Army Public Relations, Brig. Gen. Onyema Nwachukwu, confirmed the incident, adding that the Army was investigating it.