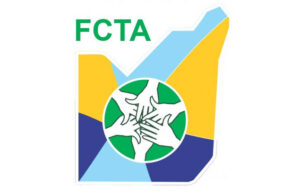 The Director of Information & Customer Service, (AGIS/Lands), Muhammad Hazat Sule, Equally said, the Administration will soon commence revocation of plots allocated to various developers under the Mass Housing Scheme but remains undeveloped since allocations were made.

Hazat Sule while speaking to Newsmen in Abuja explained that this action has become necessary because government has expended huge sum of money in the provision of basic infrastructures in these areas and will not allow them to remain unutilized.

He revealed that already, the Administration has taken inventory of the developed and undeveloped plots including Mass Housing across the Federal Capital Territory and would soon act by revoking the undeveloped titles and reallocate same to serious developers.

In his words, “some of these allocation papers have been kept in briefcases without considering the terms and/or Memorandum of Understanding (MOU) signed with the Government.”

He regretted that by not developing these huge plots of land allocated to them in line with the terms of allocation and MoU entered into with government, the defaulting developers have denied access to affordable housing to thousands of residents who are desirous of owing houses in the FCT.

Mr. Sule further explained that, for instance, the FCT Administration came up with the concept of mass housing in order to bridge the housing gap and meet the housing needs of the residents.

“Accordingly, the FCTA has carried out several sensitizations both in the print and electrotonic media for them to be responsive by developing same in line with the terms of allocations, yet, some of the developers remained adamant,” Mr. Sule added.

He, however, called on all allottees of mass housing plots in the Federal Capital Territory that have developed them to submit the names of their subscribers or beneficiaries to the Abuja Geographic Information Systems (AGIS) and Land Administration Department for the necessary documentation and subsequent issuance of Rights of Occupancy and the Certificates of Occupancy that would be bankable.

The Director reiterated that “It was in furtherance of this, that the FCT Administration recently launched the Accelerated Area Council and Sectional Titles Re-issuance Scheme (AACSTRIS) to drive home this important policy”.