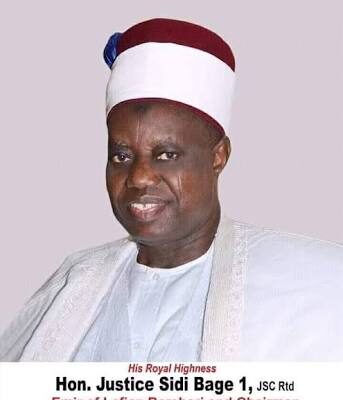 His Lordship Hon Justice SIDI BAGE JSC (as he then was), the Emir of Lafia paid Olorogun Kenneth Gbagi ESQ, former Minister For Education a visit at his Asokoro residence, prayed with kola in traditional way for quality leadership and continuance leadership of olorogun Barr Kenneth O. Gbagi FNIM 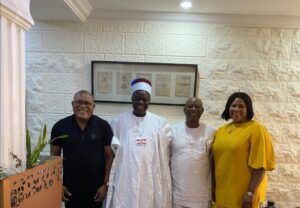 A Justice of the Supreme Court, emerged as the 17th Emir of Lafia Emirate following the demise of Mustapha Agwai I on January 10.

He further discusses issues of national importance as well as the delivery of quality leadership, expectation of service delivery and management.

He was admitted into the Ahmadu Bello University, Zaria, for a Diploma Programme in Law between 1975 to 1977, obtained same at Credit Level and later got his LLB degree in 1980. 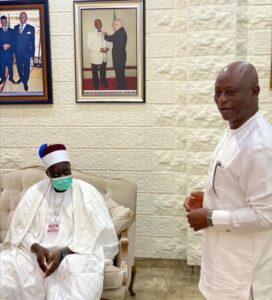