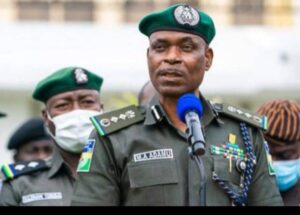 The Advocacy for Good Governance Network Global has called on President Muhammadu Buhari, to extend tenure of Inspector General of Police, Mohammed Adamu mni MPM, who is due for retirement on February 1, 2021.

The call was made by the Continental Director General, Amb (Dr) Hussaini H. Coomassie, on his sick bed in Abuja yesterday, the Ambassador pointed out clear that with the current improvement of security in the country and the roll out of community policing by the IGP Adamu, there is need to extend his tenure for at least 6 months, to enable him TACKLE BANDITRY squarely as promised. He should be allowed to work alongside his colleagues (Service Chiefs) for a drastical wipe off of organised CRIMES. 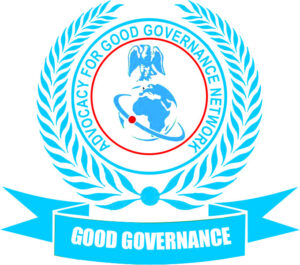 “The aftermath of #ENDSARS protest has really demoralised police personnel and IGP Adamu & management team have ACHIEVED alot in boosting morale of officers & men of the force, to COMBAT crimes of all kinds. IGP Adamu’s recent tactical operations are yielding tremendous results especially in the north west and on the highways.

The Ambassador EQUALLY advised the IGP to as a matter of urgency commence on nationwide re-organization of all police formations for better service delivery, including leadership of IRT, SWAT & other tactical squads, having several specially trained officers in the force, its UNETHICAL to keep same set of people in the same divisions/units for longer than one year, it kills morals of skilful officers who want an avenue to execute their attested talents. DPOs should also be areas of attention he added.

“Among the achievements of IGP Adamu are as follows: Procurement of new Patrol Vehicles, including 46 Police Smart Surveillance (mobile CCTV) Vehicles, Tactical Operations Vehicles fitted with state-of-the-art surveillance equipments, Armoured Personnel Carriers; Troop Carriers, 7 Anti-Riot Water Cannon Trucks among others. Adamu has successfully achieved the completion and launching of The Nigeria Police National Command and Control Centre (NPF-C4i). The first phase of the Nigerian Police Crime and Incident Data Centre (NPC & IDB). He has directed immediate deployment of special vehicles and personnel to monitor highways and vulnerable locations across the country including surveillance of Petroleum pipelines in the country, physically & electronically.

We therefore plead with Mr President to consider extension of IGP ADAMU’S tenure and grant all demands and recommendations of the public and police hierarchy respectively, especially on police welfare reform.