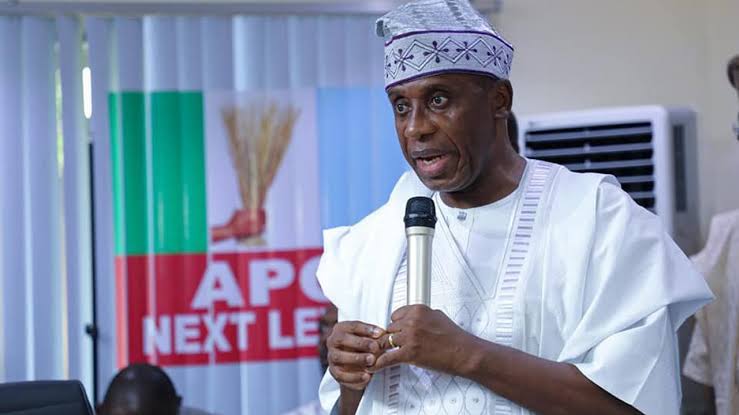 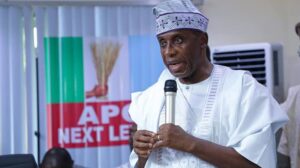 An advocacy group, Compass for New Nigeria (CNN), has appealed to leaders of Southern Nigerian to embrace the kind of discipline exhibited by the north and support former Minister of Transportation, Rotimi Amaechi, as its consensus candidate for the office of the president.

In a statement by its leader, Toluwalade George, and titled: “Appealing to the Conscience of Southern Leaders”, the group said the journey so far has proven that there was never a time that the south suffered dearth of materials for leadership, but what has always been the problem was who to choose from the array often presented.

According to the group, President Muhammadu Buhari’s decision that the south should go and consult and revert, was a blank cheque that they must not be misused otherwise the opportunity could elude them for a long time, saying supporting Amaechi makes the best of sense.

“So, without prejudice or ethnic sentiments, who again amongst the lot has that experience? Or shall we throw away such staggering experience on the altar of primordial sentiments? We recall former US President, Barack Obama, describing such a situation as the age of anti-intellectualism.

“Like Obama rightly stated, if we want to build houses, we call the best of engineers. To hire drivers, we get the most experienced. To fly a plane, we get the certified pilots to do it. Even in school, we get qualified teachers to teach our children; we ask of the services of very qualified lawyers and doctors in peculiar situations, yet, when it comes to politics and governance, we would rather the worst of us. Isn’t that sickening?

“Let’s talk about performance, as governor, Amaechi made Rivers a huge construction site. His policies in education still stand out. As DG, he got Buhari into office twice and as minister, the one thing that the Buhari administration can boast of today, is in the revolution currently ongoing in the railway sector. How do you campaign without an Amaechi in the forefront and subject matter? These issues are too simplistic to ignore.

“Above all, he is young, energetic, progressive in ideas and very futuristic. There could not have been a better person at a most auspicious time than Amaechi. He is honest, trustworthy and dependable. He does not lie or backstab people. He knows Nigeria and his friends are across the length and breadth of the country.”

George, therefore, called on the Southern leaders, especially, the south-south leaders to reflect deeply and rally one of their own, Amaechi and at the same time, be part of history that would change the cause of the country for good.

His words: “The South-south leaders must see the situation for what it is and the opportunity that might be long in coming. They should engage their counterparts in other parts of the south and get this movement on track. Amaechi is a material that is not only fit for the job but will deliver and do everyone proud, ultimately,” he explained.