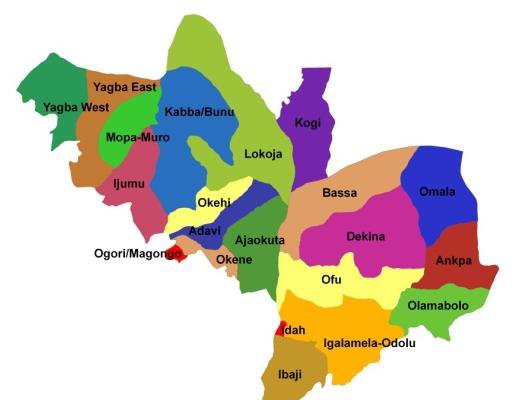 Very soon the pioneer set of undergraduates will be admitted but this time around, it will not only be in our beloved Kogi State University, Ayingba, rather at the Confluence University of
Science of Technology, in Osara as well.

Few days ago, the amiable, pragmatic and forward-thinking Governor, Alh Yahaya Bello assented to the bill for the establishment of the new university in Osara.

Governor Bello also appended his signature to the bill, establishing the Central Reference Hospital in Okene.
Both bills were passed by the State House of Assembly respectively. While performing this statutory function in his office, The Kogi State helmsman said the importance of education and
health to the society cannot be overemphasized.
He reiterated the fact that the world economy is gravitating from being theoretically based to being more advanced with a practical, innovative driven style of knowledge acquisition and the
university would serve as a specialized one that will provide the much needed manpower for the ever increasing  industries within and outside the Country.
Governor Bello while speaking in his office at the signing ceremony, further made a firm promise by stating that his ‘people driven’ administration will devote the necessary resources,
time and dedication to ensure that the people oriented project is commissioned before the end of his tenure.
Earlier, the Speaker of the Kogi State House of Assembly, Rt. Hon Mathew Kolawole commented on the two bills, stating that the bills were of immense value to the people of the
state.
He commended the Governor for assenting to the bills while thanking members of the assembly for meticulously considering the bills for swift passage.
To digress, I was personally excited the first time I heard about the bill to establish the Science and Technology varsity. It is a testimony of how deep our articulate Governor cherishes and
values education.
But even more, is the fact that the coming onboard of specialized institutions show that the Governor is one who believes in the power of science of technology to transform the society,
while fast-tracking socio-economic development.
However, the idea of establishing the Confluence Science and Technology University has been greeted with mix feelings. There are those who hailed the establishment, saying it will give extra
opportunity to Kogi State indigene to acquire quality tertiary education.
On the other hand, those who are kicking against it, maintained that creating a new University, especially when the present Kogi State University seems to be plagued with myriads of
challenges is not a wise political decision.
It is a statement of fact that not a few have bemoaned the State of the education sector in Kogi, despite the giant strides of the Governor Bello-led administration.
Some few months back, Comrade Ranti Ojo said 90 percent of schools in Kogi State have deficient infrastructures, poor or non-existence laboratories and libraries with out of date books.
The Kogi State Chairman of the Academic Staff Union of Secondary Schools, Comrade Ojo spoke on the occasion of this year’s World Teacher’s Day in Lokoja.
While calling on the State Government to declare a State of emergency in secondary education in the State to steer it away from the direction where it is now heading, the ASUSS Chairman,
further disclosed that there is shortages of teachers in all schools all over the State.
He told the Governor that, the State of schools in the State calls for urgent attention of the Government for the sake of the future generation to which the State belonged.
Comrade Ojo lamented that the instructional materials were no longer known as part of schools’ necessities, while sports and extracurricular activities have for long been forgotten as part of
schools’ routine.
“We have been making this call year in year out, yet no Government has deemed it necessary to heed our calls. We make the call again today believing that this Government that has education
as one of its thematic area of focus will urgently take steps to do the needful,” he said.
The State of Kogi’s education sector surely needs to be rescued, and it will only be uncharitable for anybody to assert that Governor Bello has not been trying his best to salvage the sector’s
fortune.
Nonetheless, there is need for Mr. Governor to put every machinery in place to ensure the problem of underfunding does not affect the new University by the time it becomes fully
operational. It should not be left to suffer the rot which presently is the fate of our Kogi State University.
If Kogi State will become a hub for science and technological development, then every resources must be pumped into standardizing the Confluence Varsity of Science and Technology for
human capital development.
Thank you Mr. Governor, and welcome on board our brand new Institution at Osara.
National Youth Coordinator T.N.COM
@Alonge_jr