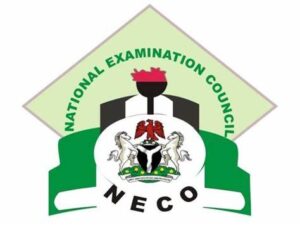 The former Acting Registrar, National Examinations Council (NECO), Abubakar Gana, has debunked allegations that he siphoned money from council, while acting as its registrar.

Gana was reacting to a report by an online news media, dated  September 25, claiming that he siphoned N368.8 million generated during the June/July 2018 registration of SSCE.

Gana, in a statement in Abuja on Sunday, said the alleged misappropriation was officially reported to him on assumption of office in 2018, a development that led to the setting up of both management and board committees to carry out investigations.

”My attention has been drawn to a malicious report in which the online platform alleged that I siphoned N368, 875 million generated during the June/July 2018 registration of SSCE, while I was Acting Registrar of the National Examinations Council (NECO).

”Ordinarily, I won’t bother to dignify the half-truths and fabrications contained in the publication with a response, but for the purpose of setting the records straight.

”For the avoidance of doubt, I was appointed as acting registrar of NECO on May 10, 2018, while the purported incident occurred on December 18, 2017, at least, five months before my appointment.

”It must, however, be put on record that the infractions were uncovered by the council in 2017 under the watchful eyes of former Registrar, Prof. Charles Uwakwe, but nothing was done to bring the perpetrators to book.

“When I took over the affairs of the council in 2018, the misappropriation was officially reported to me, a development that led to the setting up of both management and board committees for investigation,” he said.

Gana said that upon investigations, two officials of the council were indicted and thereby recommended for dismissal.

”Not satisfied with the outcome of the investigation, the officials petitioned the Senate Committee on Ethics and Privileges in the Eighth Assembly, which also found them culpable of misappropriation, however, pleaded for leniency, a request that was rejected by the board.

”How could I have stolen money before my appointment as registrar?

“My administration fought corruption to a standstill by ensuring that monies generated by the council went straight to the Treasury Single Account of the Federal Government,” he said.