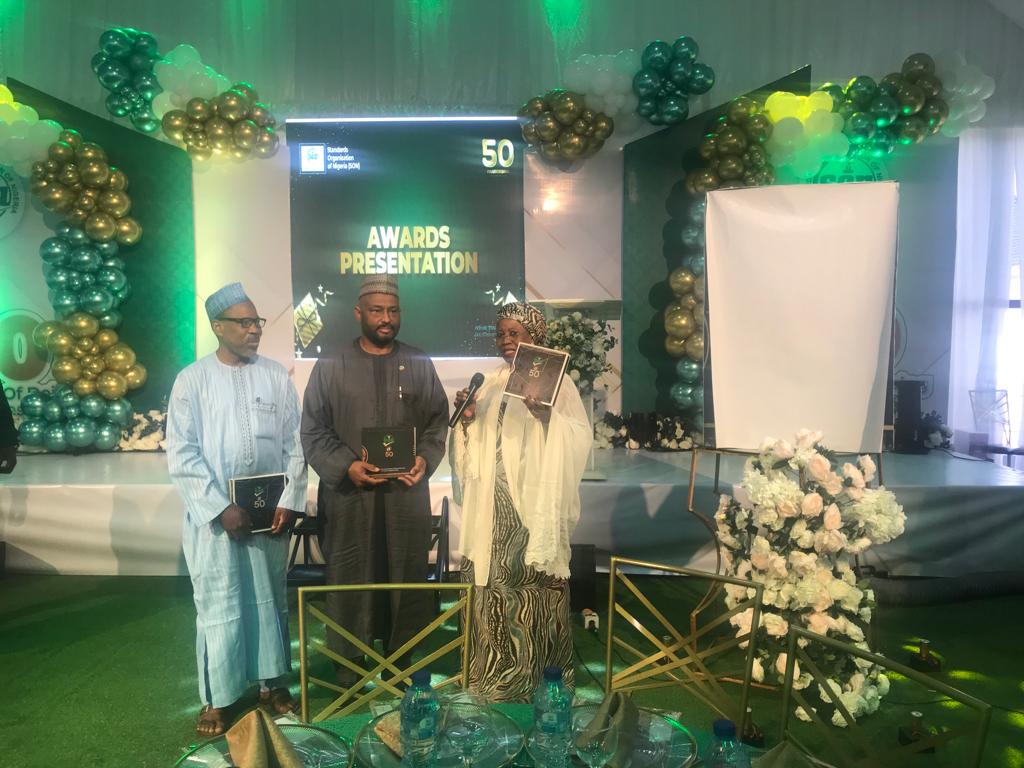 The Federal Government has reiterate its support for the Standards Organisation of Nigeria (SON) in its efforts rid the nation’s of substandard products.

Minister of State for Industry, Trade and Investment, Ambassador Maryam Katagum, said in Abuja at the 50th-anniversary celebration of the SON, while commending the Organisation for its various initiatives to boost Nigeria’s economy and the crucial role in the implementation of the African Continental Free Trade Area, AfCFTA.

Amb. Katagum, said the introduction of the MANCAP has contributed immensely to the acceptability of made-in-Nigeria products in the international market.

She said: “The SON has over the years developed into an effective National Standardisation body comparable to its peers with activities ranging from Standards Development, Testing, Measurement and Calibration, Training, Certification to Product Registration.

“As one of the key parastatals of the Federal Ministry of Industry, Trade and Investment, the Standards Organisation of Nigeria, has been a useful tool in the delivery of the Ministry’s mandate of facilitating trade and the growth of the Nigerian industrial sector.

“This is especially important with respect to the growth and the sustainability of Micro, Small and Medium Enterprises (MSMEs) which are the engines of economic growth in any economy and contribute nearly 50% of the Gross Domestic Product (GDP) and over 80% of employment in Nigeria.

On his part, the SON Director General, Mallam Farouk Salim, said his vision for the agency is to become the foremost standardisation body in Africa and among the top ranking globally.

Salim said that SON in the last 50 years, has faithfully continued its policy of trade facilitation and promoting government’s economic policies and agenda even as he decried challenges posed by foreign trade policy of some governments that actively encourage exportation of substandard products and increase in litigation against activities of of the agency, among others.

He said, “While acknowledging the modest achievements and strides of SON in the last 50 years, my vision for the organisation in the next 50 years is to be the foremost standardised body in Africa and among the top ranking globally.

“While this vision is achievable, the organisation will need to surmount several challenges such as changes in government policies like the often removal of the organisation at points of entry. Huge population growth with limited resources giving rise to communal restiveness.

“Limited research and development activities to keep pace with rapid innovation in the society. The likelihood of harsh weather and increased natural disaster occasioned by global warming. Increase in litigation against activities of the organisation as the society becomes complex.

“To meet the expected challenges, we need to evolve as a dynamic and innovative body, investing in the following critical areas; efficient workforce with the required skill set, cutting edge technology, appropriate and strategic infrastructure, enhanced meaningful collaboration with stakeholders.”

Highpoint of the SON 50 years anniversary was the presentation of awards to some staff and offices as well as exhibition of products by some Nigerians.