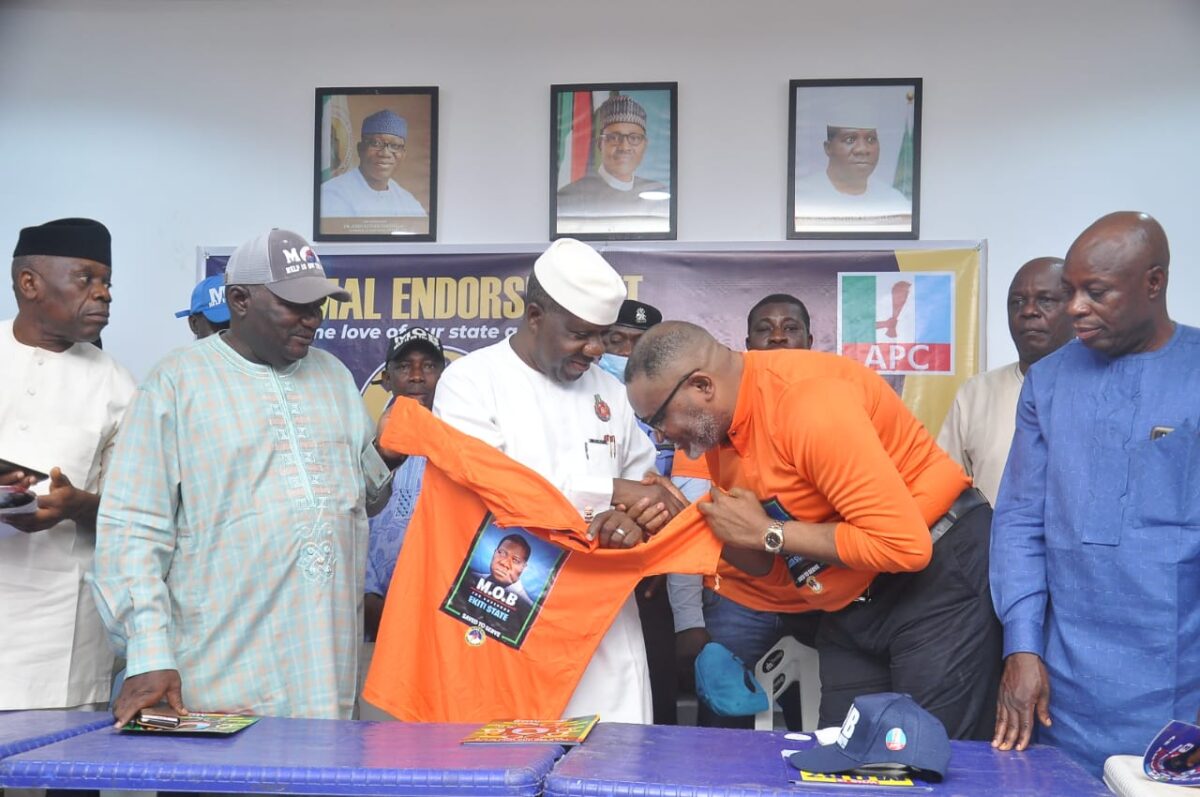 …as Bamidele is Confident of victory at the primaries

The former Director General of Governor Fayemi added that when the party did not have any wherewithal after the Peoples Democratic Party (PDP) took over the State and also in charge at the Federal level, Senator Bamidele stood by the party and paid for the rent of the party secretariat in Ekiti State for  Seven and half years.

He submitted that the Governorship aspiration of Senator Bamidele is legitimate because he has paid his dues adding that among all the aspirants, he is the most qualified considering his years of experience as Commissioner for 11 years unbroken in Lagos State, as a former Member of the House of Representatives and also currently serving as a Senator of Federal Republic of Nigeria.

According to him, “Senator Opeyemi Bamidele has paid his dues for the party his aspiration is legitimate because he stood by the party dark days between May 29, 2003 till October, 2010 when Governnor Kayode Fayemi tool over , he paid for the party’s secretariat for Seven and years”

Responding,  Senator Bamidele said the movement is for all illustrious sons and daughters of Ekiti State who believe that the State can be better. According to Bamidele,  *Hon. Bimbo Daramola is  a pillar of this movement, adding that there is need for a well focused person to take over from Governnor Fayemi”

He said, “This is the movement of Ekiti sons and daughters who believe it can be better , Bimbo Daramola is another pillar of this movement, we are not rocking the boat, it is a party affair, Fayemi has done well but, there is a need for a well-focused person to take over from him and someone that has passion for the development and someone who understands Ekiti people to take over at the expiration of Governor Kayode Fayemi tenure.

“I need everything from him,  nobody will regret this Alliance, by the grace of God, Ekiti people need peace , need Unity, we are not telling Ekiti people to give us their support without given them anything back.”