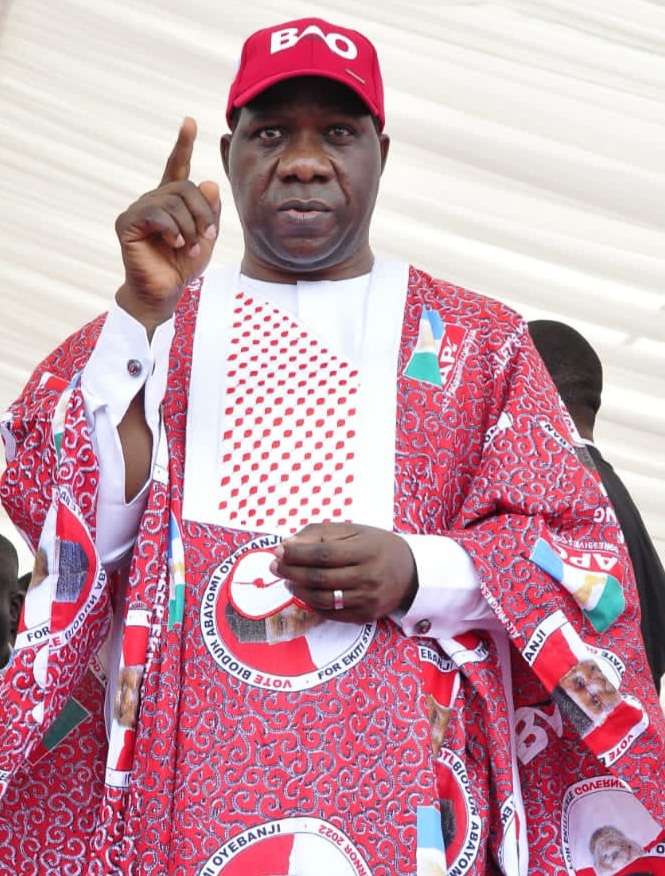 The Chairman of Southern Senators Forum, Senator Michael Opeyemi Bamidele has called on the electorates in Ekiti State to vote for the governorship candidate of the ruling All Progressives Congress ( APC) Biodun Abayomi Oyebanji massively in the forthcoming gubernatorial election billed for this weekend.

The Senator representing Ekiti Central and Chairman, Senate Committee on Judiciary,  Human Rights and Legal Matters, Distinguished Sen. Michael Opeyemi  Bamidele  made the call on Thursday, at the official commissioning of Efon-Alaaye-Erinmo-Iwaraja Road in Ekiti State.

According to him, “in order for these laudable and lofty democracy dividends to continue at the State and the Federal levels, Ekiti people should ensure they massively vote for Honourable Biodun Abayomi Oyebanji, Governorship candidate of the All Progressives Congress on Saturday, 18th June, 2022 and also Asiwaju Bola Ahmed Tinubu, APC Presidential candidate in the February 2023 Presidential election”.

Meanwhile Senator Bamidele said that the APC- led Buhari administration has made the highest investments in infrastructural development since 1999 in spite of the less money available to it compared to the previous administrations at the centre.

The Senator, commended the Federal Government for the prompt completion of the road project saying that the contractors
have passed the oversight test of the Senate Committee on Works.

He congratulated the people of Iwaraja, Erinmo and Efon Alaaye  adding that it is obvious that the road would be largely useful for the carriage of goods and to network other States by the people of Ekiti State.