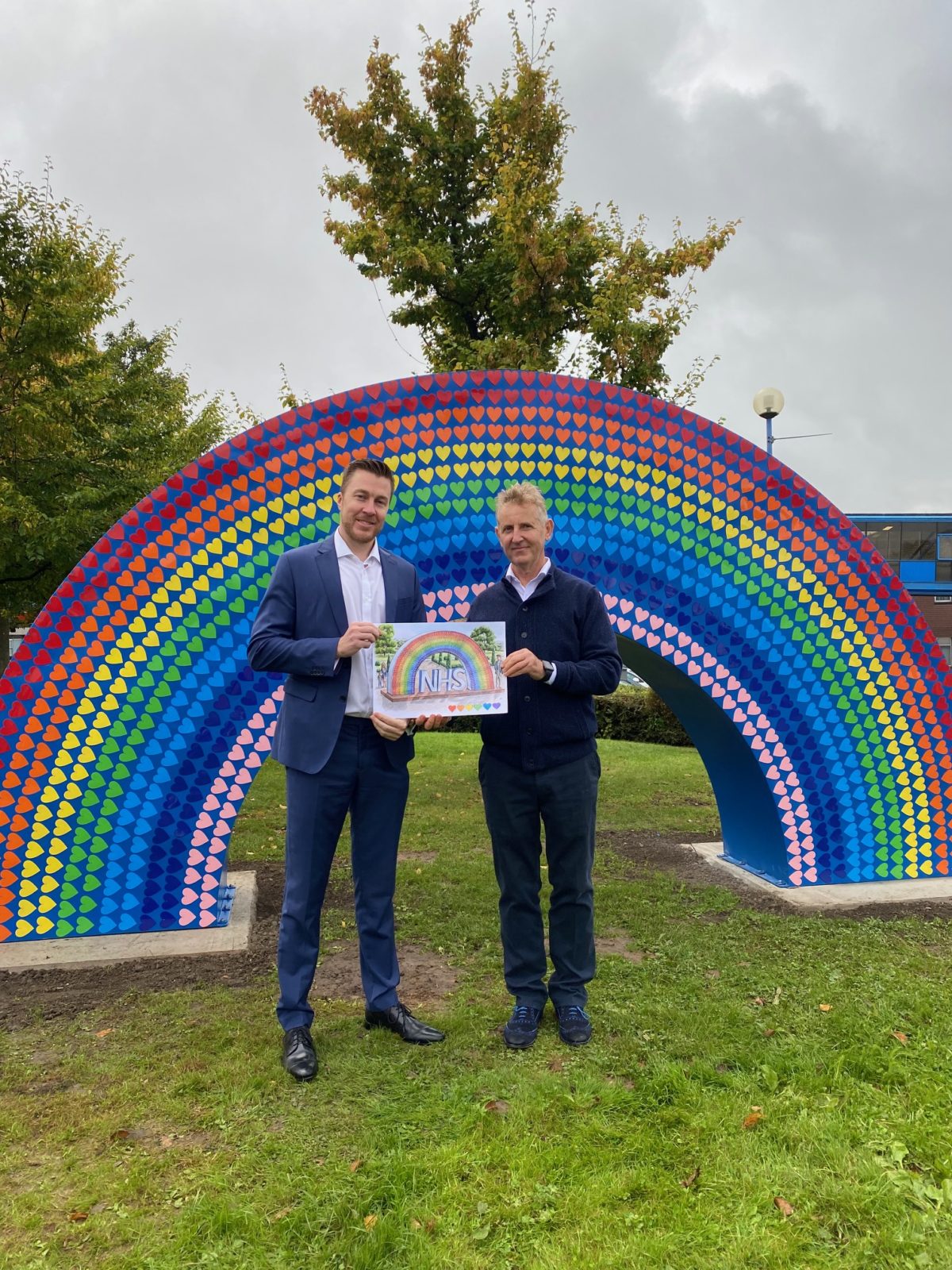 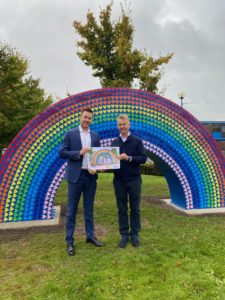 Left to right: Paul Gambon, a director of main sponsor Medicash, and Clive Knowles, Chairman of the British Ironworks Centre

At the beginning of the pandemic, The British Ironwork Centre wanted to support hospitals and charities that were massively impacted by the lockdown, as fundraising was halted overnight. Charities needed funds to cover the costs of their work, and The British Ironwork Centre wanted to help. This is where the idea of the Hospital Rainbow was born, and they teamed up with the Countess of Chester Hospital on the project.

Now, over a year later, restrictions are lifting, and the Rainbow has come to fruition. Each colourful heart on the rainbow can be sponsored as a tribute to keyworkers, and so far over £40,000 has been raised for the Blue Skies Balcony Appeal.

The Countess of Chester Hospital held their “Rainbow Day” to launch the Rainbow, with cupcakes given to staff. A time capsule filled with schoolchildren pictures and letters, a prayer from the hospital’s Chaplaincy team and an empty vial of COVID-19 vaccine was placed at the end of the Rainbow by the Duke of Westminster, who gave his support to the project.

The British Ironwork Centre hopes to continue this project by working with other charities and hospitals, and work is already underway on a second Rainbow for Bassetlaw Hospital, to be situated in Doncaster city centre.

If you would be interested in working with The British Ironwork Centre regarding a Rainbow, please contact them at info@BritishIronWorkCentre.co.uk. 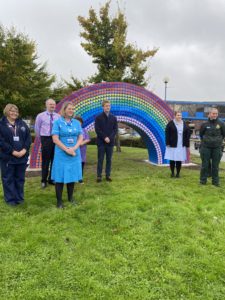 The Duke of Westminster pictured in the centre, surrounded by key workers representing key frontline services.