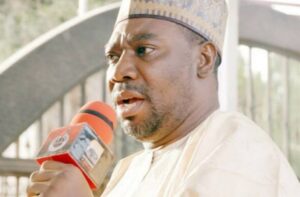 The Head, Media and Public Relations at Joint Admissions and Matriculations Board (JAMB), Dr. Fabian Benjamin, has dragged Mr Ahmed Isah of Human Rights Radio (2nd Defendant) to court over injurious broadcast, false allegations and innuendos which amounted to defamation of the Claimant’s character.

In SUIT NO. CV/3211/2021 filed by the Claimant’s lawyer Chris Alashi, before an FCT High Court, sitting at Gwagwalada and presided over by Justice A.O. Ebong, Dr. Benjamin is claiming N6 billion as compensation for general damages for the deliberate, libellous and malicious public broadcast by the 1st Defendant and anchored by the 2nd Defendant, Mr Ahmed Isah.

The claimant avers that on 16th April, 2021, between 7:30 am and 10am, the 2nd Defendant, while on air on Human Rights Radio and Television (Brekete Programme), put a call to him via his Mobile No. 080xxxxxxx from the 2nd Defendant’s Mobile No. 08037888880, during which the latter maliciously defamed the claimant by impugning, maligning and discrediting his integrity and reputation as the PRO of JAMB and an academic.

In particular, the Claimant alleges that the 2nd Defendant, while on air, accused him of forging his Ph.D certificate as well as being insane, incompetent, unscrupulous, sadistic person of questionable character.

The Claimant also charges the 2nd Defendant with saying his (Claimant’s) bad behaviour and arrogance are hereditary, were acquired from his parents; that there is no solution to it; and that the Claimant’s parents are also arrogant and damnable.  Hearing has been fixed for 14th February, 2022.