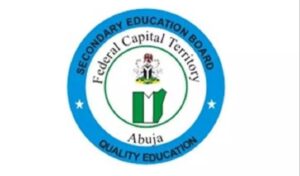 The Initiative for Citizens Rights, Accountability and Development (ICRAD) and Civil Society Action Coalition on Education for All (CSACEA) said the explanation by Mohammed on the mandatory N1,500 fee imposed on students have raised more questions than answers.

The groups stated this in a chat with newsmen in Abuja.

Recall that ICRAD had in a petition addressed to the Independent Corrupt Practices and other related offences Commission (ICPC) urged the anti-graft agency to probe the “illegal imposition of a “mandatory,unauthorised and illegal payment of N1,500 PTA levy” per annum on all students in JS 3, SS 1, SS 2 & SS 3 in the FCT by the FCT Board.

The group stated that the fee foisted on indigent students and their poor parents run contrary to legal enactments such as the Universal Basic Education (UBE) Act, relevant Public Procurement Laws (i.e. the Public Procurement Act) as well as the Treausry Single Account (TSA) Regulations which are extant laws that ordinarily ought to govern such levy, its collection and/or expenditure – if it was was actually deemed necessary and fair to be imposed in the first place.

Following outrage that greeted the imposition of the fee, the FCT SEB chairman, who was on a ‘WE 106.3 FM Radio’, Abuja’s programme a few days ago, claimed that the money was agreed by schools Parent Teacher Associations (PTAs) to ensure online classes as a result of COVID-19.

But listeners to the programme were particularly miffed and descended hard on the SEB boss when he said that the “N1,500 levy is a paltry sum for which parents should not complain or make a fuss about.”

Reacting to the development, the FCT focal person of the Civil Society Action Coalition on Education for All (CSACEA), Abdulahi Saleh, vehemently condemned the statement by the SEB Chairman, saying it was completely out of touch with the economic realities and plight of parents who send their children/wards to public schools.

“You, see, that’s where I have a problem with public office holders like Alhaji Mohammed because I had a child in a public school in the FCT and when I went there for PTA meetings I realized that mostly working class people who earn meagre salaries are the ones who send their kids there”, he said.

Apparently, trying to establish a nexus or link between the controversial levy and corruption, the Civil Society warrior and CSACEA Chief suggested that there might be elite collaboration and/or manipulation of the poor, disadvantaged, disempowered and downtrodden parents in the FCT when he said that “when I go for PTA meetings, few people who drive big cars make decisions on behalf of the vast majority of parents who are mostly poor”.

Mr. Saleh, while condemning the statement by Mohammed to the effect that the amount levied was too paltry an amount for people to complain about, stated that “corruption is the bane of all the efforts geared towards stemming the out of school children menace in the country”.

Similarly, another education-focused civil society group ‘Edu-Radio’ – waded into the imposed unauthorised levy and comments made by Alhaji Mohammed in connection therewith.

The team lead of Edu-Radio and a popular education reform activist, Mr. Oman Dave while generally blaming “systemic failure” for the rot in the education sector, took strong exception to more levies being “extorted” from parents most of whom he believes are already poor enough: “there is a law for the punishment of people who extort money from parents/students.

“For instance, the penalty for parents who keep their children out of school under the UBE Act is only N2000 and the reason this amount was kept this low is because the same government realises that these parents are very poor. Is it the same poor parents that you are extorting by imposing an additional unlawful levy of N1,500”? he queried.

Meanwhile, ICRAD has hit hard on the submissions made by the SEB Chairman (Alhaji Mohammed) in the said radio interview.

ICRAD’S Executive Director, Barr. Hassan Luqman Olayiwola, outlined what his group has described as “damning inconsistencies, contradictory statements and plain falsehoods put out by the chairman during the interview as well as other statements made by some other members of his Board in other fora.

While deprecating the FCT SEB Chairman’s statement to the effect that the N1,500 unlawful levy was too paltry an amount for parents to complain about, Hassan said such an unfortunate statement is hardly surprising as “it is indicative of one who is detached from and hence out of touch with the grim economic realities of people he is supposed to be serving in the first place”.

The civil society bodies have vowed to explore every available legal channels to expose the corruption and filth behind the illegally imposed N2,500 fees on the already impoverished, long-suffering parents of indigent students in the capital city.