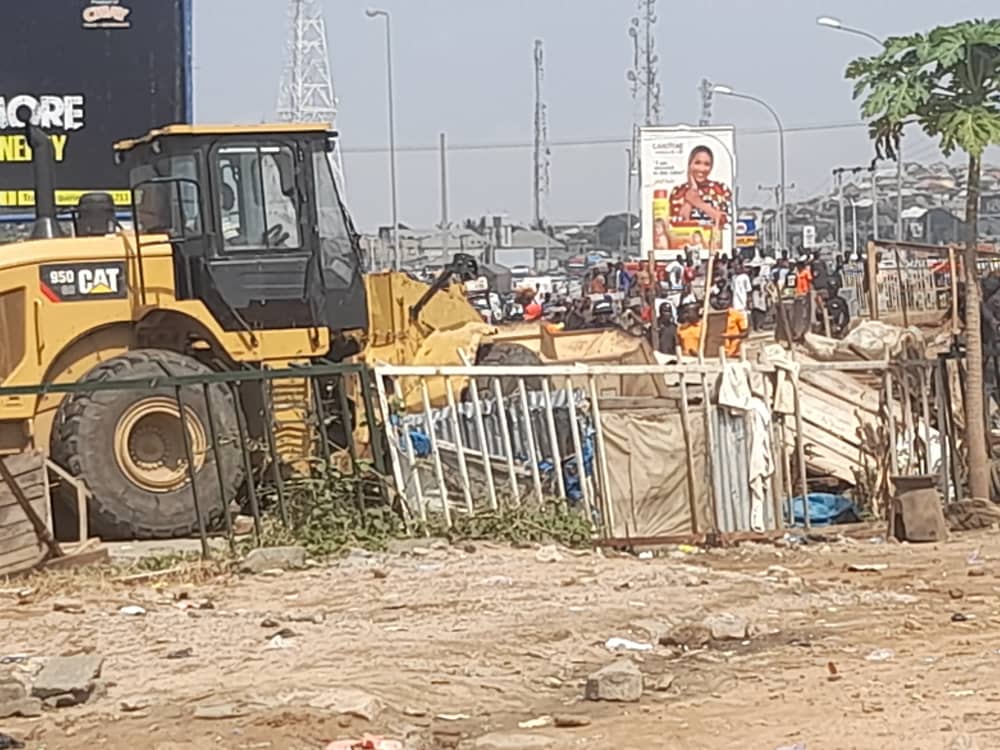 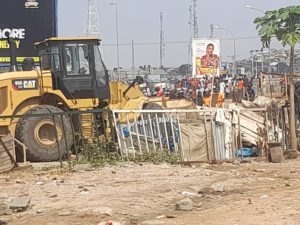 In a continued and sustain effort to make sure the the Nigeria Federal Capital is Clean enough like other Capital Cities around the world, the FCT Ministerial Task Team on City Sanitation on Tuesday moved bulldozers to clear illegal shops, shanties and other makeshift structures in and around Zuba one of the suburbs of the Nigeria Capital City.

During the cleaning exercise, Petty traders and owners of those structures were visibly angry , The FCT Ministerial Task Team on City Sanitation dismantled illegal motor parks and shanties in the area. 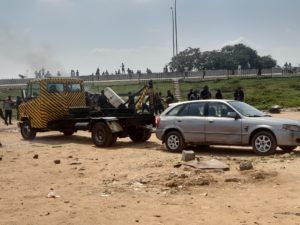 Officials of the team led by its chairman Ikharo Attah, who moved into the area in the wee hours of the day stormed the popular Dankogi area on Zuba-Kaduna expressway and demolished the illegal motor parks which the traders operate in makeshifts, constituting security threat to the people.

Responding to questions from journalists after the exercise tagged ‘clean up’ the chairman said removing of the structures was in line with the directives of the minister of the FCT Malam Muhammad Bello to maintain sanity in the city. 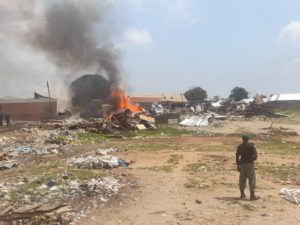 Attah explained that the exercise followed the Minister of FCT’s directives on the need to reclaim the inter-change in Zuba being abused by traders and motorists.

He regretted that the inter-change has been taken over by shanties in the name of trading, causing grilock and nuisance.

The chairman stated that, “The minister is not comfortable with the abuse of the plan of the inter-change which is supposed to be green but is converted into a transport hub that is gradually becoming a shanty and criminals’ den, the area has also become a plantain market.

“We are removing the illegal structures to reclaim Zuba because some criminals are coming to the spot, so the exercise today is multi dimensional, one is to reclaim the Zuba inter-change, two is to remove shanties where criminals hide, three is to free traffic coming from Kubwa-Dei-Dei axis that connect Zuba and Zuma rock axis on Abuja-Kaduna express way.

“There is a market for the traders, so they should move in, not selling on the road, they feel to sale on the road because it provides quick market for them, we are discouraging that by appealing to them to relocate and leave the road inter-change, or corridor” he said.

“We have done our part it is left for the Department of Parks and Recreation to take over the management of the area, is either they come in as a department, or hand it over to a contractor that will manage it”