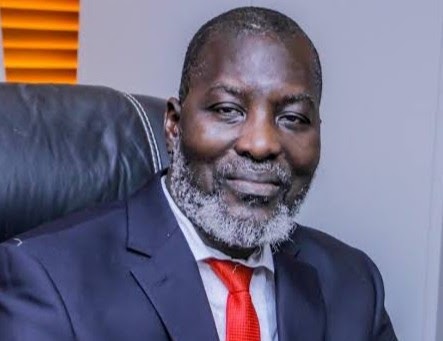 This was sequel to recommendation made to the Presidency by the Hon. Minister of State for Health, Dr. Olorunnimbe Mamora.

A statement by the Head of Public Relations, Federal Medical Centre, Abeokuta, Segun Orisajo said the Medical Director was today presented with his letter of appointment  by Dr. Mamora at a brief ceremony held in Abuja.

Speaking at the event, the Minister congratulated Prof. Musa-Olomu and charged him to redouble his efforts towards the provision of qualitative health care services in the Centre.

Responding, a highly elated Medical Director thanked President Muhammadu Buhari, the Hon. Ministers of Health for the confidence reposed in him.

He pledged his determination to fast track the holistic development of the hospital.

The first term of the Medical Director recorded monumental landmarks including the acquisition  of 170 hectares of land for the proposed University of Medicine and Medical Sciences.

The Senate had passed the bill seeking for the establishment of the university. The bill is  presently awaiting the concurrence passage  by the House of Representatives before the President’s final assent.

In addition, a number of novel surgeries were successfully carried out under the watch of the Internationally acclaimed thyroid surgeon.

For instance, the  Cardiothorasic surgeons  who were recently employed by Prof. Musa-Olomu  successfully carried out  impairment surgery, insertion of permanent peace maker and PDA litigation among others.

On their part, the Neuro surgeons, also employed by the Medical Director successfully removed no fewer than 200 brain tumors while the General Surgery Laparoscopic surgeons also did pin-hole surgery among several others.

The Medical Director’s first term  administration similarly  procured latest equipment for virtually all the clinical departments but most significantly, the Radiology department, that was equipped with machines such as 64 slides CT, Mammography, Fluoroscopy, and Digital X Ray among several others.

A similar gesture was extended to the Laboratory and Eye Clinic departments that were stocked with  latest laboratory and eye equipment.

All the six departments, including the latest Radiology department presented for accreditation during the first term of Prof. Musa- Olomu were successfully accredited.

Prof. Musa- Olomu during his first term in office embarked on   the construction of an International Radiotherapy Centre. The construction work is on going.

Other achievements include the construction of 180 bedded ward being endowed to the Centre.The project is nearing roofing stage.

Establishment of a Police Post as a proactive measure to ensure security of lives and property within the hospital premises.

Establishment of Oxygen plant in the centre that presently  produces 120 cylinders on a weekly basis.

The hospital came first  in the servicom presidency ranking of FMCs in the country during the first term of Prof Musa-Olomu.

To his credit, the Professor of thyroidectomy has won several be awards including, the United Nations Peace award in recognition of his transparent and result oriented administration.