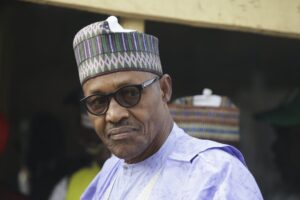 President Muhammadu Buhari has directed all security and intelligence agencies to ensure the arrest and prosecution of all those behind yesterday’s dawn attacks on both the Imo State Police Command Headquarters and the correctional facility in Owerri.

Buhari, in a statement by his media aide, Mallam Garba Shehu, described the attacks as an act of terrorism.
Gunmen had launched coordinated attacks on the state police command headquarters and the correctional facility during which they set some inmates free.

The Nigerian Correctional Service (NCoS) has confirmed that 1,844 inmates were set free during the attacks.
The Inspector-General of Police, Mr. Mohammed Adamu, however, blamed operatives of the Eastern Security Network (ESN), promoted by the proscribed Indigenous People of Biafra (IPOB), a separatist organisation, for the attacks.

IPOB has denied the allegation, saying its fighters were in the forests searching for killer herdsmen.
NCoS Public Relations Officer, Mr. Francis Enobore, in a statement issued in Abuja, said the attackers stormed the facilities at about 02.15 am.
He stated that while 1,844 inmates were freed, as at the last count, six had voluntarily returned to the facility while 35 others refused to escape.

Enobore said: “The attackers who stormed the facility about 0215hrs on Monday 5th April 2021, gained entrance into the yard by using explosives to blast the administrative block.
“They were said to have arrived the centre in their large number in several Hilux pick-up vans and Sienna buses armed with sophisticated weapons and immediately engaged the security personnel on duty in a fierce gun battle.
“They eventually detonated the explosive to gain entrance.

“The Acting Controller-General of Corrections, Mr. John Mrabure, has ordered a comprehensive investigation into the incident and in collaboration with other security organisations commenced a search-and-recover operation to recapture the fleeing inmates.”
The statement appealed to Imo State residents and Nigerians to assist with information that would facilitate the recovery of the inmates.

It also assured them that the security of custodial centres remains sacrosanct.
Reacting to the incident, Buhari condemned the attacks and praised the initial response by security guards and security forces for preventing greater loss of lives and the destruction of public property.
He directed security and intelligence agencies in the state and the South-east to go after the terrorists, apprehend them and get them punished under the law.

Buhari also called for the re-arrest of fleeing inmates, many of whom are believed to be deadly criminals.
He appealed to the public to assist law enforcement agencies with information that could lead to the apprehension of the attackers and their sponsors.

“The president also urged members of the public to be vigilant as all of us have a stake in preserving our way of life from disruption by terrorists and anarchists while the federal government will use every available tool at its disposal to confront and terminate this bare-faced anarchy,” the statement added.

In condemning the attacks, the IG blamed the security arm of the proscribed IPOB for the incident.
Adamu, in a statement by the Force Public Relations Officer, Mr. Frank Mba, Commissioner of Police, ordered the immediate deployment of additional units of riot policemen and other police tactical squads in the state to strengthen security and prevent further attacks on security formations or any other critical national infrastructure in the state.

“The attempt by the attackers to gain access to the police armoury at the headquarters was totally and appropriately resisted by police operatives on duty who repelled the attackers and prevented them from breaking in and looting the armoury.

“The armoury is thus intact! Similarly, the police suffered no human casualty, apart from a Police Constable who sustained a minor bullet wound on his shoulder.”
The IG directed the state Commissioner of Police, Mr. Nasiru Mohammed, and a new Special Investigation Team “to carry out holistic investigations into the incident with a view to fishing out the perpetrators and bringing them to justice.”

“The IG, who described the deliberate and criminal attack on security operatives as an attack on the soul of our nation, has enjoined leaders in Imo State, the South-east and other parts of the country to speak out against the unfolding violence and criinality.

“The IG calls on citizens to avail the police and other security agencies with useful information that can assist in identifying and arresting the criminals.

“He vowed that the perpetrators will be brought to book, noting that the force is doing all within its powers to curb the activities of unscrupulous elements hell-bent on threatening the unity, safety, security and socio-economic wellbeing of Nigerians,” the statement added.

The proscribed IPOB, however, denied responsibility for the attacks.
IPOB’s Media and Publicity Secretary, Mr. Emma Powerful, said the attacks were not carried out by operatives of ESN.

He said: “The attention of IPOB has been drawn again to the fallacious and fabricated news that IPOB and ESN are involved in the attack of prison and police headquarters in Owerri Imo State.

“IPOB and ESN are known groups, not unknown gunmen. ESN is in the bush chasing Fulani terrorists; why linking IPOB and ESN to this attack? IPOB and ESN were not involved in the attack in Owerri Imo State and the recent attack on Onitsha-Owerri road at Ukwuorji junction. It is not our mandate to attack security personnel or prison facilities.”
He urged the federal government and the media to stop linking IPOB and ESN to the multiple attacks going on in Nigeria.

He stated that IPOB was formed on the principle of peace “and we are still in it.”
Imo State Governor, Senator Hope Uzodimma, condemned the attacks and called for a thorough investigation into the incident.

He told journalists after a tour of the two institutions that the attacks were politically motivated.
He said the primary intendment of the IPOB members who carried out the attacks was to create fears in the minds of the people and to secure the release of their comrades in custody.
Uzodimma added that he had met with heads of security agencies in the state to evaluate the incident and was confident the situation had been brought under control.

He said given the magnitude of the attacks, the damage done and sophisticated weapons used, he had directed a probe into the matter with a view to fish out those behind the attacks.

Meanwhile, the Abia State Governor, Dr. Okezie Ikpeazu, has imposed a curfew on Aba, the commercial nerve centre of the state and Umuahia, the state capital.
The curfew, according to a statement by Commissioner for Information, Mr. John Okiyi-Kalu, starts from 10 pm to 6 am from yesterday till further notice.

He said: “This is a sequel to security reports received from multiple sources, and informed by the need to continue to protect innocent citizens and residents of the state.
“Security agencies in the state have been directed to ensure strict enforcement and compliance with the directive.

“Only those on essential services with proper identification are exempted from the curfew.
“All law-abiding citizens are advised to go about their normal duties, outside the curfew period, without fear of molestation as the security architecture of the state is robust enough to guarantee their safety.”