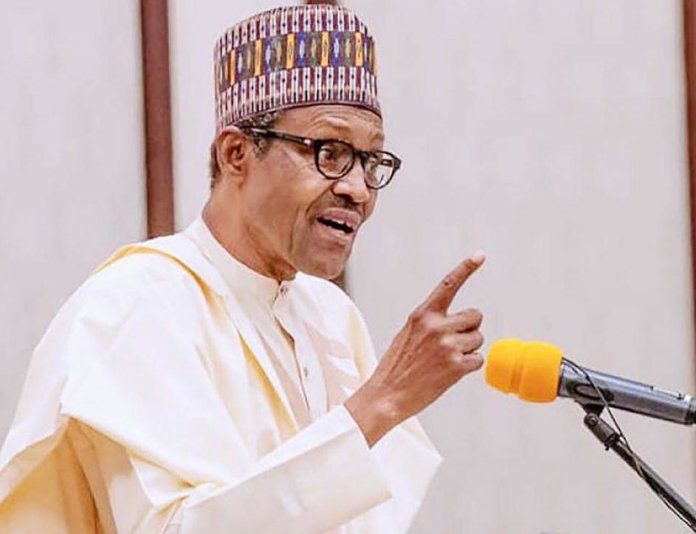 President Muhammadu Buhari has arrived Lagos on a two-day visit for a “Lagos Festival of Projects” commissioning.

The Presidential aircraft touched the ground at 3:33pm and the President was received by Lagos State Governor, Mr. Babajide Sanwo-Olu, his deputy, Dr. Obafemi Hamzat and members of the State Executive Council.

President Buhari was welcomed at the Presidential Wing of Lagos Airport with pomp and pageantry by the Lagos State Cultural Troupe.

He inspected the guard of honour at the Parade Ground before he flew out of the airport in a helicopter for commissioning of projects in some parts of Lagos State.

The projects to be commissioned by President Buhari during the two-day working visit are Lekki Deep Seaport, Lagos Rice Mill, Imota, 18.75killometers Eleko-Epe rigid pavement six lane Expressway, First Phase of the Blue Light Rail from Mile Two to Marina and the John Randle Centre for Yoruba Culture and History.

He will also commission a private project, MRS Lubricant, Apapa.