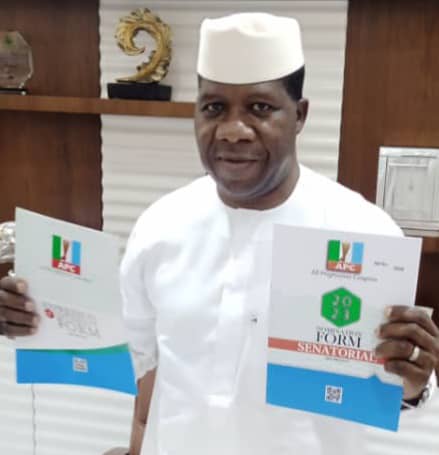 Chairman, Senate Committee on Judiciary Human Rights and Legal Matters, Senator Michael Opeyemi Bamidele on Monday submitted his Expression of Interest and Nomination forms for All Progressive Congress (APC), Ekiti Central Senatorial District for re-election as Senator of the Federal Republic of Nigeria.

Senator Bamidele in a statement issued by his media Office in Abuja, pledged to attract more dividends of democracy to the people of Ekiti Central if re-elected as Senator of Federal Republic of Nigeria.

He also thanked the leadership of APC in Ekiti State and party members for their continuous support towards his re-election.

“Bamidele after submitting the nomination and expression of interest form appreciated the leadership of All Progressive Congress (APC) in Ekiti State and members of the party for their continuous support towards his re-election to the Red Chamber in 2023.”