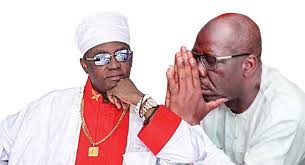 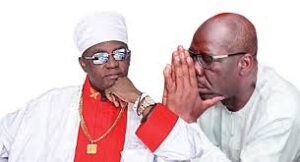 The famous Humboldt Forum, a museum of art and culture will play host to arts collectors, enthusiasts, and researchers across the globe at the second opening of Humboldt forum in Berlin, Germany.

The museum housed non-European collections including thousands of artefacts looted from the palace of Benin Kingdom during the 1897 invasion will be on display at the celebration and commissioning of the last part of opening of Humboldt Forum.

It was learnt that the Benin monarch’s representatives are to be led by his brother, His Royal Highness, Prince Aghatise Erediuwa.

The delegation of German ethnological museum led by Prof Christian Koch had in April 2022, interacted with the Benin Monarch on planned return and restitution of historic Benin artefacts.

Mr Solomon Okuduwa who provided technical support had led the German ethnologists to the historic Igun streets where they also met with the association of Bronzes casters.

The Forum located in the heart of Berlin is a hub of exhibitions which attract researchers and arts lovers and aims to be the cultural destination compared with the London museum.