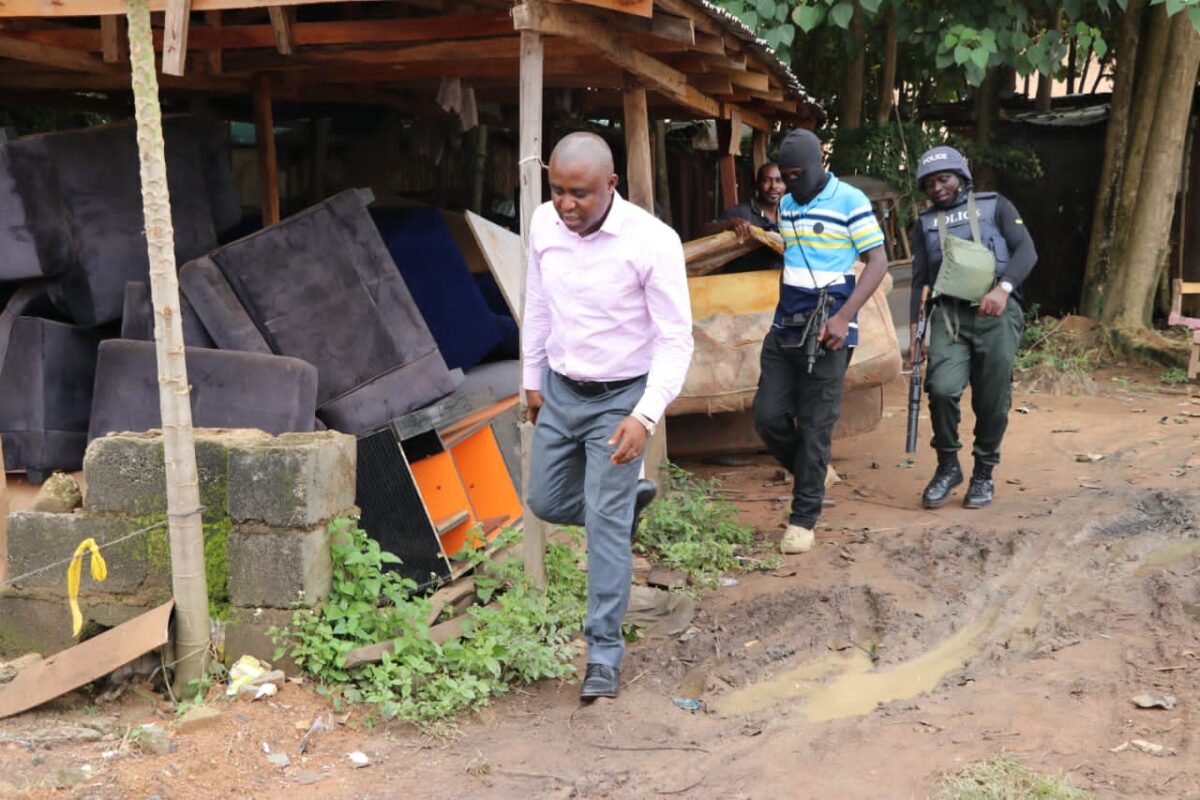 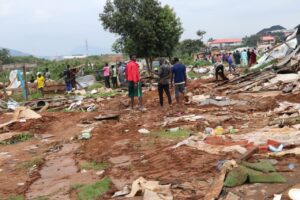 In continuation of the different exercises to rid the nation’s Capital of illegal structures, shanties and criminal hideouts, The Nigeria Federal Capital Territory Administration, FCTA, on Tuesday removed another set of over 2,000 shanties in a ruga community along the Abuja Airport Road.

Leading the exercise, the Director Development Control, Muktar Galadima, urged the original owners of the plots to come and take over their properties immediately or risk revocation of the plots.

Galadima lamented that it is totally unacceptable that after clearing the area, the owners do not develop the plots which makes shanties and other illegal structures to spring up again in the same area after a few years.

In his words, “This is part of general city exercise removing, shanties and illegal structures, obviously we have removed over 2,000 of such structures.

“We are going to continue tomorrow because of circumstances beyond our control, we had to stop.

“The owners of the plot have to come and reclaim their properties or we will revoke them. 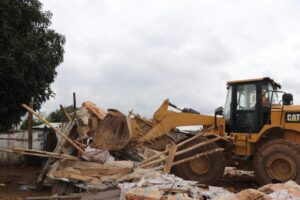 Also speaking during the exercise, Senior Special Assistant on Monitoring, Inspection and Enforcement to FCT Minister, Ikharo Attah, said they had to halt the demolition in order for the members of the community to be able to pack their belongings to safety.

According to Attah, “The FCTA through development control came here to remove illegal structures at ruga community along the airport road, like what Director of Development Control has said they were here before and coming back shows consistency.

“Hopefully the removal will continue tomorrow.
The Chief and others have come to appeal that they need to pack out their belongings and vacate the place immediately, that is why we have decided to give them till tomorrow to be able to pack their things.

“The main problem about ruga is insecurity, it serves as a hyberanating for criminals, some areas are not good for aesthetic of the city

On sustainability, he noted, “Definitely they will move to another location but the bulldozers and FCT with move with them to take them out”.