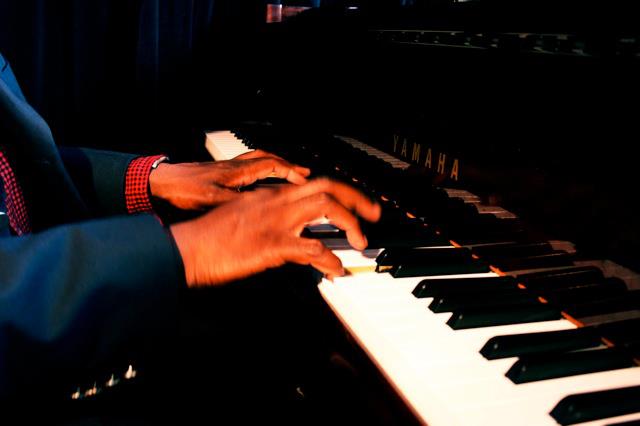 ·         A new compelling EP to be released on 20th November 2021.  Acclaimed composer and singer Juwon Ogungbe’s new EP draws inspiration from the strength and resilience of Brazilians of African descent who struggled for self determination in the 19th Century.  The Palmares Promise offers a template for making dreams of global equality come true.

·         Using a sound world influenced by music genres of Africa and her Diaspora communities, Opera and Western Art Music, The Palmares Promise features 5 songs. A single from the EP is to be released in October on Bandcamp. The EP is to be available on Spotify, Apple Music, Deezer, Google Music and other notable music digital outlets, via CD Baby.

·         Recorded at Music Complex Studios, Deptford, London the EP is self produced by Juwon Ogungbe.

·         Ogungbe said ‘I have been long aware of Palmares – the largest independent community of Afro-Brazilians emancipated from slavery in the 19th Century. Zumbi dos Palmares – the enclave’s Warrior King, has inspired many folks of African descent and in recent times I discovered that he is associated with the 20th of November – a date which is now commemorated as ‘Zumbi Day’ for Black Consciousness in Brazil. The 20th of November also happens to be my birthday, so I was inspired to delve with some depth into the history and to create a suite of songs.

·         The EP is to be launched on the 20th of November 2021 in an online event featuring an invocation, a reading of the song lyrics, a short singing performance, a conversation with a special guest and an audience Q&A session.

·         Juwon Ogungbe is a distinguished classical singer and composer, as well as a performer in various other genres. He has composed for the BBC, the Royal Shakespeare Company and the Southbank Centre, among others. In 2018, his operatic works were in various stages of development at Opera North, Grimeborn Opera Festival (Arcola Theatre) and Dhow Countries Music Academy in Zanzibar. In 2021 he has released Glisten and Burn – another EP and his opera King Solomon and the Queen of Sheba was recently presented in a memorable production for Freedom in the City – Festival of Learning in Bath, England.

·         Audience Feedback from online screening of King Solomon and the Queen of Sheba:

‘Hi , enjoyed the performance! Saturday evening at the Opera on a platter right in the comfort of my living room! A real treat! Thanks everyone, great performance, and to Ali for invite!! Saw the advert somewhere and thought of going to see it!! Great!! Thank you all! Xx’

‘Thanks very much for such an innovative performance of a remarkable historic event. Congratulations!’

‘Hello Juwon, great kudos to you and the rest of the cast. A wonderful performance. Really proud of you, Bro.’

‘An incredibly satisfying testimony confirming the strong role Black creatives play in shaping Opera’s Grand Design in the UK. Very rarely do we have this confirmation, Thank you Juwon and team for validating this suppressed truth.’