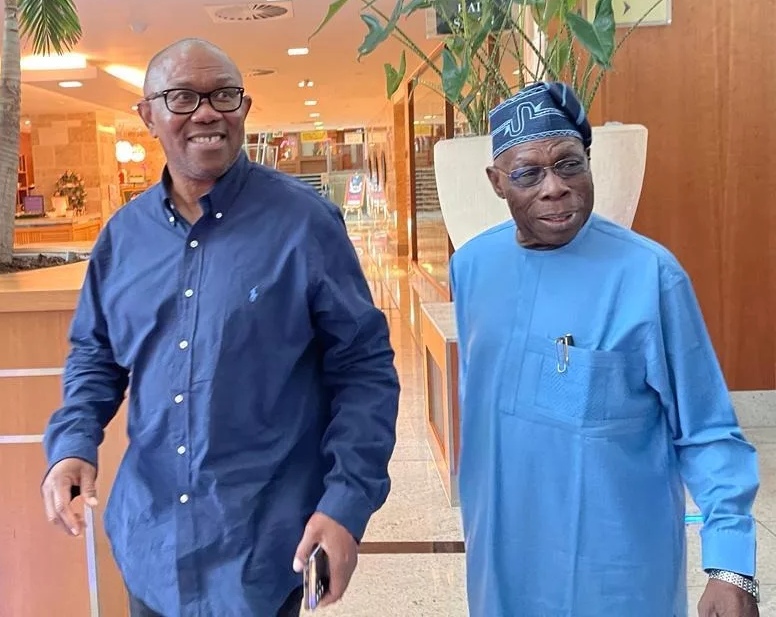 POSN in a statement issued on Wednesday and signed by the Deputy Director of Communications, Emmanuel Adesuji, recalled the contributions of former President Obasanjo to the unity of Nigeria for over 40 years. 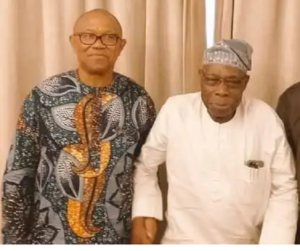 The group drew attention to how the respected elder statesman resisted pressure to appoint someone from Southern Nigeria as his Chief of Staff during his days as Military Head of State in 1976. POSN also recalled that Obasanjo in 1979 resisted pressure to work for the victory of his kinsman, the late sage Obafemi Awolowo, during that year’s Presidential election.

The statement reads in part: “Everyone knows that the only way to ensure Nigeria’s survival is by allowing not just a competent and determined person to succeed President Muhammadu Buhari, but also to ensure that the person comes from the Southeast.

“By endorsing Peter Obi, former President Obasanjo only acted in accordance with his tradition of going the extra mile to preserve Nigeria’s unity – which he has done for over 40 years now.

“In 1976 when he survived an attempt on his life as the second in command to the assassinated General Murtala Mohammed, Obasanjo received advice that, in order to preserve his powers and strengthen his position as Head of State, he should appoint someone from the South as the Chief of Staff, Supreme Headquarters. He rejected this advice and in deference to Nigeria’s ethnic and religious sensitivities, and in order to ensure balance, he appointed a core Northern Muslim in the person of Shehu Musa Yar’Adua.

“In 1979 when he was to hand over to a democratically elected President, he was under intense pressure from his Yoruba kith and kin to throw his support behind his Yoruba brother, Obafemi Awolowo. He resisted that pressure and chose to stay neutral. (Many people believe he actually supported Shehu Shagari.) When Shehu Shagari emerged as President, there was serious legal dispute over the legitimacy of his victory; Obasanjo was asked to intervene but he declined, preferring rather to allow the judiciary and the electoral commission to do their work without interference.”

Continuing, POSN noted that, “In 1999, Obasanjo knew that allowing the military to continue to wield so much power would endanger the nascent democracy they struggled to build, hence his decision to retire over 200 military officers and ordered all military personnel back to the barracks, and also relocated the Ministry of Defence from Lagos to Abuja to ensure closer monitoring of their activities.”

The group recalled that, “Against intense pressure from some of his closest aides and hangers-on, Obasanjo resisted the pressure of pushing through a third term agenda by every means possible. He bowed to the superiority of legislative decision and ensured a smooth transition to another President. Truth is, if Obasanjo had wanted third term desperately, without caring what would be the outcome, he would have done so.”

Highlighting some of Obasanjo’s other actions to preserve Nigeria’s unity, POSN said in the statement: “Many people had expected Obasanjo to impose a Southerner as his successor, but he also resisted that pressure. Even when individuals like Dr. Peter Odili had spent fortunes and actually mobilised stupendous support for his presidential aspiration, Obasanjo insisted on a candidate that from the core North so as to preserve our nationhood.

“Following the death of President Yar’Adua, Obasanjo supported Goodluck Jonathan to complete their tenure and for the sake of stability, supported him to serve another ensure with the understanding that he would not do more than one term.

“In 2015, when Jonathan derailed from this agreement, Obasanjo opposed his re-election bid and threw his weight behind someone whom people could consider his perennial rival for the presidency; he supported Buhari because he knew that the North would not accept another Southerner to continue in power.”

Obasanjo, according to POSN, “had taken bullets to ensure Nigeria’s survival during the civil war, but he is one political leader from outside the Southeast who has steadily pursued real reconciliation and reintegration. He has always said that everyone and every tribe has a blame in the outbreak of that civil war.”

The group described Obasanjo’s decision to support Peter Obi in 2023 as “another landmark decision aimed, not for personal benefits but to save Nigeria from possible collapse.”

POSN expressed optimism that, “NIGERIA WILL SURVIVE AND GOD WILL BLESS OBASANJO AND EVERY TRUE PATRIOT!”