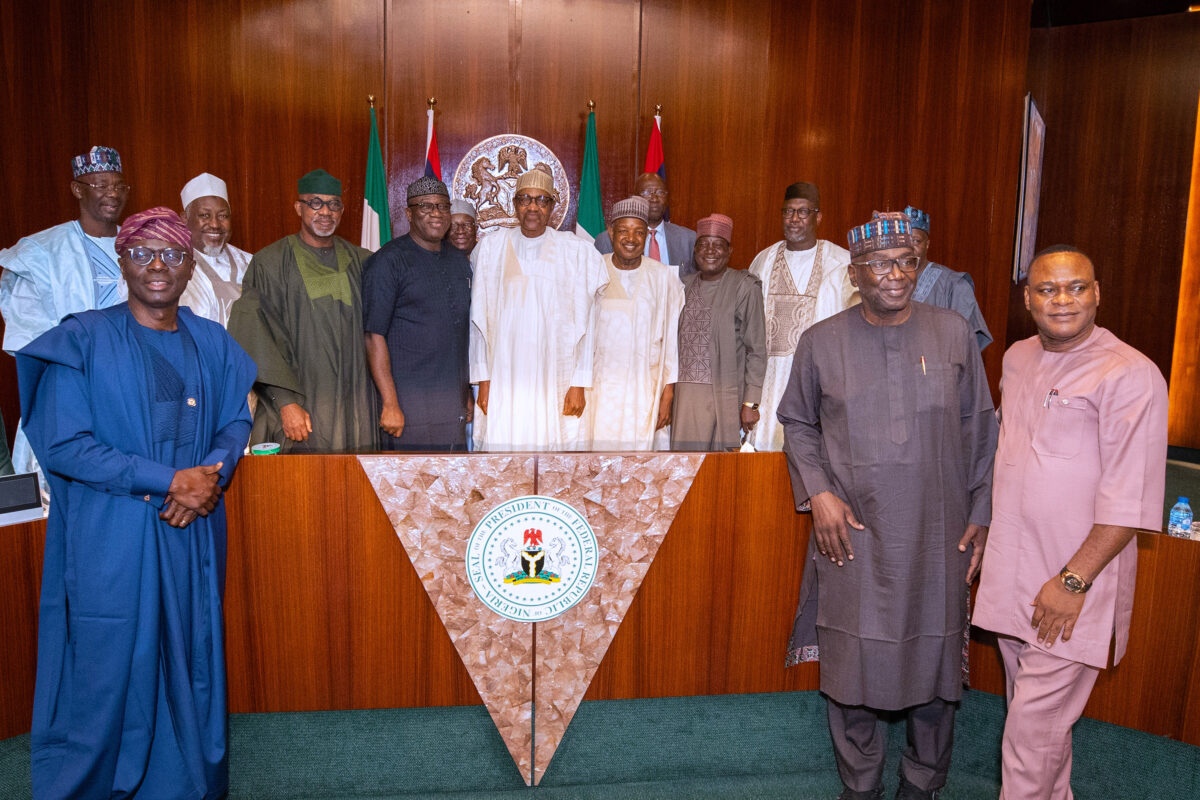 2023: I Will Not Allow Influential Politicians, Money Bags to Intimidate Other Nigerians – Buhari.

Nigeria President Muhammadu Buhari on Tuesday assured Nigerians that he  will not allow Influential Politicians and Money Bags to intimidate other Nigerians insisting that the governing All Progressive Congress (APC), will continue to bequeath strong political institutions that reflect their choices, through non-interference in elections, citing outcome of polls in Ekiti, Anambra and Osun States as indicators.

According to a statement by the Special Adviser on media and Publicity, Mr. Femi Adesina, the President, who received members of Progressive Governors’ Forum (PGF) led by Chairman and Governor of Kebbi State, Abubakar Atiku Bagudu, at the State House Abuja, noted that non-interference in elections gives credence to the political process, ensures participation and inclusiveness, and shows that the governing party respects the electorate. 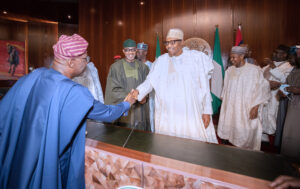 In his words, ” We will not allow anyone to use personal resources or their influence to intimidate other Nigerians. We will not allow intimidation materially, morally or physically. This is the kind of leadership that can emerge and consolidate our nation.

“I want Nigerians to know that we respect them, and for us to show that we will allow them to vote who they want.”

For the 2023 elections, President Buhari said the government will also ensure that Nigerians don’t get intimidated, or humiliated by those in positions, or the more privileged.

President Buhari said APC, under his leadership, will continue to respect Nigerians by ensuring that their votes count and the people’s voice matter in choosing political leaders at different levels.

“In six months, Nigerians will appreciate the government of APC that we are sincere and we respect them,’’ he added.

President Buhari urged the party’s political leaders to intensity efforts in “thinking, meeting and strategizing for the 2023 elections.’’

In his remarks, the Chairman of the PGF thanked the President for his leadership, guided by wisdom and foresight, affirming that the Nigerian economy had been growing, in spite of challenges.

“We want to congratulate you on the positive trajectory of the economy, with the 3.5 per cent growth in the second quarter, up from 3.1 per cent of the first quarter of this year. Infrastructure projects are ongoing in parts of the country, and the social intervention programme is expanding,’’ Bagudu stated.

The governor said the growth trajectory had defied initial predictions of some multilateral institutions, affirming that the World Bank and others had acknowledged the resilience of the economy, and reviewed their positions.

“Your Excellency, as we speak, there is drought in Europe and China. The Ukraine-Russia war is taking a toll on economies. In the UK, there is rationing of electricity, and energy shortages in China.

“While other countries are banning food export, we are preparing for more production, in spite of floods in places like Jigawa State. We note your instruction for the release of 40,000 tonnes of grains.

“We also note efforts on improving security and measures to cut oil theft,’’   he said.

The PGF Chairman told the President that some APC governors were contesting elections for second term in 2023 with impressive records in their first term.

“We note the pronouncement of ASUU. We recall the appeal of the President to ASUU while we were visiting Daura that they should consider the future of students.

We will not dwell on that now. We are ready to accept any negotiations for resolution,’’ Bagudu added.

The Kebbi State Governor commended Secretary to the Government of the Federation (SGF), Boss Mustapha and Chief of Staff to the President, Prof. Ibrahim Gambari, for their steadfastness and stewardship.

Who really controls Lagos which is not Nigeria?
Previous Post
ATM DAY 2022: WHO calls on Governments to Strengthen collaboration between science, technology and innovation.