What Gets Measured, Gets Done in Ogun State – World Bank Choice

By : BEN News Team
Comment: Off
September 21, 2014 was a unique day for the people of Ogun State. In Abuja, the federal capital, two events concerning all the federating states took place that particular day, one political or ceremonial, the other related to economic development. While the attention of the media and members of the public was, as usual, focused on the ceremonial, not many people knew or cared about the event with the serious economic implications for the 36 of the federation.
The ceremonial event was the conferment of national honours on some Nigerians by President Goodluck Jonathan. The attention of the national media as well as the general public was focused on this event in which Ogun state Governor, Senator Ibikunle Amosun and eight other citizens from the state were beneficiaries.
In the other event which was taking place simultaneously, Ogun state was also a focus as the World Bank Group presented its 2014 edition of the ‘Doing Business in Nigeria’ report. In that report which comes in a comprehensive glossy publication, the efforts of the present Ogun State government to institute processes which will comply with world standard was acknowledged and endorsed by the experts of the international financial institution.
In the report, the World Bank noted that five of the 36 states in the country stand out in their efforts to improve the business environment, particularly after its 2010 edition. The states are Ogun, Niger, Cross River, Ekiti and Rivers. It specifically expressed surprise at the rapid transformation in Ogun State which was “one of the lowest ranked overall performers in both 2006 and 2010’’.
Describing Ogun State under the Amosun administration as “one of the top performing states in 2014”, the World Bank specifically praised the current government in Ogun State for its “concerted effort” and positive collaboration with the Federal Government and the private sector which saw the state leading other states in three of the four Doing Business indicators used as benchmarks for the report.
“The construction permitting system was radically overhauled with the state government authorities decentralizing the approval system and a new committee monitoring delays. Building permit applications and payments can now be made simultaneously in district offices. Private professionals issue environmental impact assessments in accordance with the conditions and templates set out in a framework agreement. The certificate of completion is issued on the spot, immediately following the final inspection”, the report noted.
While perhaps explaining why Ogun is now the most industrialised state in Nigeria with almost all investors seeking to either expand their operations or those who want to build a new factory now taking Ogun State as the preferred destination, the World Bank confirmed what most commentators had been talking about for some time. It stated: “The state Ministry of Commerce and Industry abolished the requirement for a physical inspection of the business premises – today a proof of company address such as a utility bill is sufficient. A business premises permit is issued on the spot upon payment of the fee.”
The reforms introduced through investments in Geographic Information Systems (GIS) equipment by the state’s Bureau of Lands and survey and the new attitude to make things happen as fast as possible introduced by the team led by My Wale Osinowo, a chartered accountant whose doors is always open to customers of the bureau, equally got noticed by the assessors from the World bank. The report mentioned that “Ogun’s Bureau of Lands digitized property records with the aim of enabling electronic title searches and making property registration more efficient”. The international financial institution noted that Ogun State has taught the world a lesson – “what gets measured gets done”. Herein comes the title of this piece. 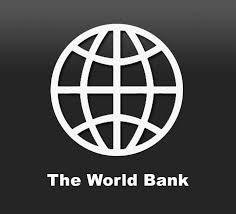 The last comment in essence means that the present administration in Ogun State has created measurable standards which enable it to carry out periodic self-assessment as well as open up her processes for others to measure the rate of progress made. The past practice of making claims, perhaps to create publicity stunts or massage political ego of a leader is no longer fashionable.
More importantly, knowing that it has an institution like the World Bank watching with eagle eye how business of governance is conducted and how businessmen and other individuals fare when they transact business with government only compels the government to improve on many of its processes. I am sure that when the World Bank repeats the study for the 2016 report Ogun State will want to improve on the current rating by ensuring that it scores higher in the three benchmarks where it is doing well now as well as do better in the enforcement of contract indices for which the state did not rate very high in the current report.
Those of us who have been calling attention to the fast rate of industrialization in Ogun State and the fact that the two Investors’ Summits held in March 2012 and May 2014 in Abeokuta are yielding positive results have now been vindicated. The World Bank report has endorsed our claims. It has shown that the on-going radical reforms, the massive infrastructural development, purposeful investment in security of lives and property, decent housing and urban renewal programme the new positive attitude which is investors-friendly, the honesty of purpose and visionary leadership in the state can only point to one direction – a great future.
The World Bank report can only encourage more investors from across the globe who all have free access to its contents to know more about Ogun State and seek to join others in relocating their businesses to the Gateway State.
By Yusuph Olaniyonu
Olaniyonu is Commissioner for Information and Strategy, Ogun State