BREAKING NEWS
We passed Sexual Harassment bill to guarantee safety of students in schools – Lawan
Yutong provides support in supports in the fight against the pandemic in Africa
MTN Unveiled as Headline Sponsor for Freestyle UNLOCKED Africa 2020, 5 International Judges Announced
EFCC ACTING CHAIRMAN MAGU SUSPENDED
The Impact made one month since pupils back in the classroom
MAJORITY OF CHILDREN NO LONGER NEED TO SHIELD
Young people’s rights explained in new guide to police complaints system
Konnect Africa offers Broadband Internet Connection to all Isolation Centers in Sokoto State, Nigeria to fight against Covid-19
Labour calls time on repeated government reviews on racial equality and demands immediate implementation of report recommendations
Essential advice on staying safe ahead of barbershops and hair salons reopening this weekend

Demonstrating the Home Office’s firm commitment to support local authorities in caring for vulnerable children, further funding has been announced today (8 June 2020) by the Minister for Immigration Compliance, Chris Philp.

For the third time in four years, the Home Office has significantly increased financial support for councils who look after children.

There will be a significant uplift in funding for all local authorities providing ongoing support to those unaccompanied asylum seeking children leaving care. The new rate (£240 per person per week) replaces the previous rates of £150 and £200 per week, representing a 20-60% increase.

There will also be a targeted 25% uplift in funding for local authorities across the UK who are currently looking after the highest numbers of unaccompanied asylum-seeking children when compared to their child population. They will receive a tariff of £143 per child per night instead of the standard rate of £114 per child per night. 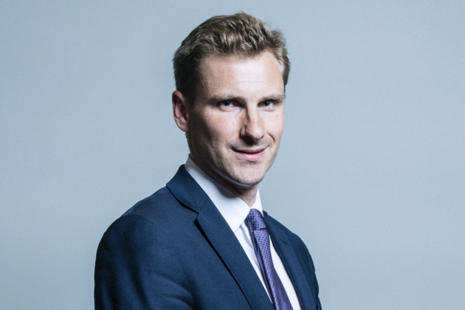 Minister for Immigration Compliance and the Courts Chris Philp said:

“Protecting vulnerable children is a key priority for this government and local authorities across the UK continue to provide invaluable support.

“In recognition of this, I am very pleased to announce an increase in funding for local authorities across the UK.”

The UK has a long and proud record of providing help to unaccompanied asylum-seeking children. As a result, there are currently over 5,000 being cared for in the UK.

In 2019, the UK received more asylum applications from unaccompanied children than any country in the EU. This amounts to 20% of all such applications made in the UK and the 27 EU Member States.

The UK Government is committed to supporting a balanced distribution of children across the UK, which is why it set up the National Transfer Scheme in 2016.