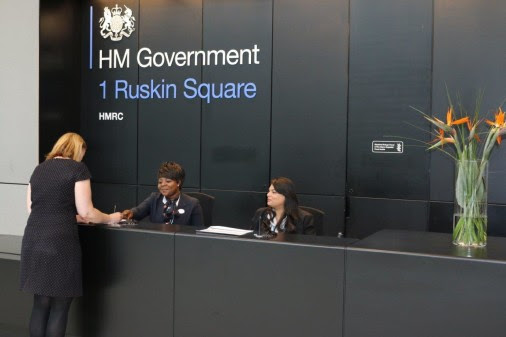 Speaking to around 100 stakeholders, Edward Troup said he had visited Croydon earlier today to officially open the new building.

The regional centre at 1 Ruskin Square, Croydon, is the first of the 13 new HMRC regional developments to welcome staff. It will be home to around 2,700 HMRC employees by 2021. The modern, hi-tech building will allow the department to work in new ways, delivering an effective service for customers and providing better work environments. 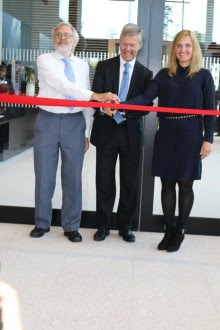 1 Ruskin Square is part of HMRC’s 10-year transformation programme to become one of the most digitally-advanced tax authorities in the world. By moving to the regional centres, HMRC will save more than £300 million by 2025 and make annual savings of about £90 million by 2026.

“I’m incredibly proud to be opening our first regional centre. It is an exciting and important milestone on a journey to transform the way HMRC operates and interacts with their customers.

“This building is a great place to work. It brings teams together so they have the opportunity to work differently and more effectively, making HMRC a tax authority fit for the future.”

“It is great to see HMRC’s vision of embracing new ways of working and allowing staff to work flexibly come to life. This is smart working in action and exactly how we expect government hubs to be: modern, flexible workspace to encourage more collaboration and innovation between teams and departments and deliver public services fit for 21st century.”

“I am delighted HMRC chose to open its first regional centre in Croydon, recognising the excellent transport links and facilities our town has to offer. Croydon is rapidly evolving and more and more big companies are moving to the borough reaffirming its reputation as the place to live, work and play.”