Burundian President Pierre Nkurunziza has died of heart failure at 55

Pierre Nkurunziza, Burundi’s President has died at aged 55, after suffering a cardiac arrest, the government says.

According to information, he was admitted to hospital on Saturday after feeling unwell.  His condition was said to improved and had a cardiac arrest on Monday, all efforts to revive him were unsuccessful, officials say. 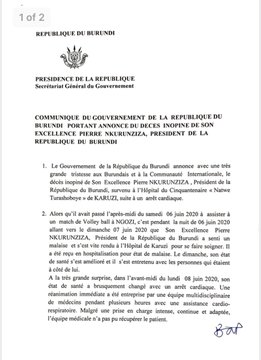 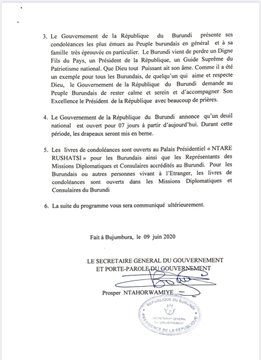 He died in Karusi Hospital.

He was to step down after ruling the country for 15 years in August.