The FCT Minister of State, Dr. Ramatu Tijjani Aliyu, has flagged off the distribution of palliative materials to the six area councils of the territory to cushion the effect of sit-at-home order among the vulnerable ones.

In a brief Flagg off ceremony at the Arts and Culture Centre in Abuja, Aliyu said the first batch of the palliative would commenced in Abaji area council of the territory, revealing that a truck load of 25,000 condiments and 25,000 bags of rice would be taken to Abaji for onward distribution to the vulnerable in rural communities.

The minister who appealed to residents to support the government to ensure that the exercise succeed, also called on residents to restore confidence in government and governance.

“We are here at the flag off starting with Abaji, and I believe all the ward councillors and chairman and 9-man monitoring committee are here to receive on behalf of their people. A truck load of 25,000 condiments and 25,000 bags of rice is set. This brings a total of breakdown of 2,500 for each ward.

“This will be done across the six area councils, giving us a total of 600,000 bags of rice and 600,000 packs of condiments each. At least five people per household. This will be done today, but hopefully if it is being prolonged, we will revisit this exercise.

“This is to tell residents to restore confidence in government and governance. All hands are deck to ensure that the poor receive this palliative at home in compliance with the sit-at-home order of Mr. President,” she stated.

Speaking further on the modalities to ensure a hitch-free exercise, Aliyu said that the distribution exercise would be carried out by the people cutting across representatives of civil society organisations, media, religious leaders, political parties, women groups, youth leaders and people with disability.

The minister maintained that the palliative are not designed for the indigenous people or any political party as being speculated in some quarters, noting that all the structures of distribution would be followed to ensure transparency and accountability.

Receiving the items on behalf of his council, chairman of Abaji area council, Hon. Abdulrahman Ajiya, appreciated the FCT Minister, Malam Muhammad Musa Bello and the Minister of State for FCT, Dr. Ramatu Tijjani Aliyu, for the palliative, assuring that the items would be delivered to the underserved people in the council.

According to him, “I want to appreciate the minister and minister of state for this palliative and the residents are in full confidence that the administration is on the right track. FCT distribution of palliative items will be different from other states because we are going to observes social distancing in the distribution and we have urged our people to stay indoor.

“They should be rest assured that these items will be delivered. We have constituted our structures to ensure smooth distribution FMN, Nigeria’s biggest food business and agro-allied group brings its biggest strength to the table to fight the COVID-19 virus

LAGOS, Nigeria, April 17, 2020/ — Further strengthens the fight to curtail the spread of the COVID-19 virus by redeeminga $2.8 million pledge to the Nigerian Private Sector Coalition Against COVID-19 (CACOVID); FMN (https://FMNPLC.com) weathers herculean supply chain challenges to procure $1.5 million worth of medical supplies for Nigeria which will rapidly beef up the Nigerian COVID-19 testing capability; commenced deployment of a $840,000 food relief packages to vulnerable communities in 12 states across the Nation.

Ever Since the COVID-19 pandemic became a reality in Nigeria, the Federal government has been motivated to prepare a comprehensive response and mobilise resources to curtail the spread of the virus. To achieve this, the Nigeria private sector would need to get involved, get productive and deliver tangible support to the government. Nigeria currently has 373confirmed cases, 11 deaths and 99 recoveries from the COVID-19 virus thus far in Nigeria. 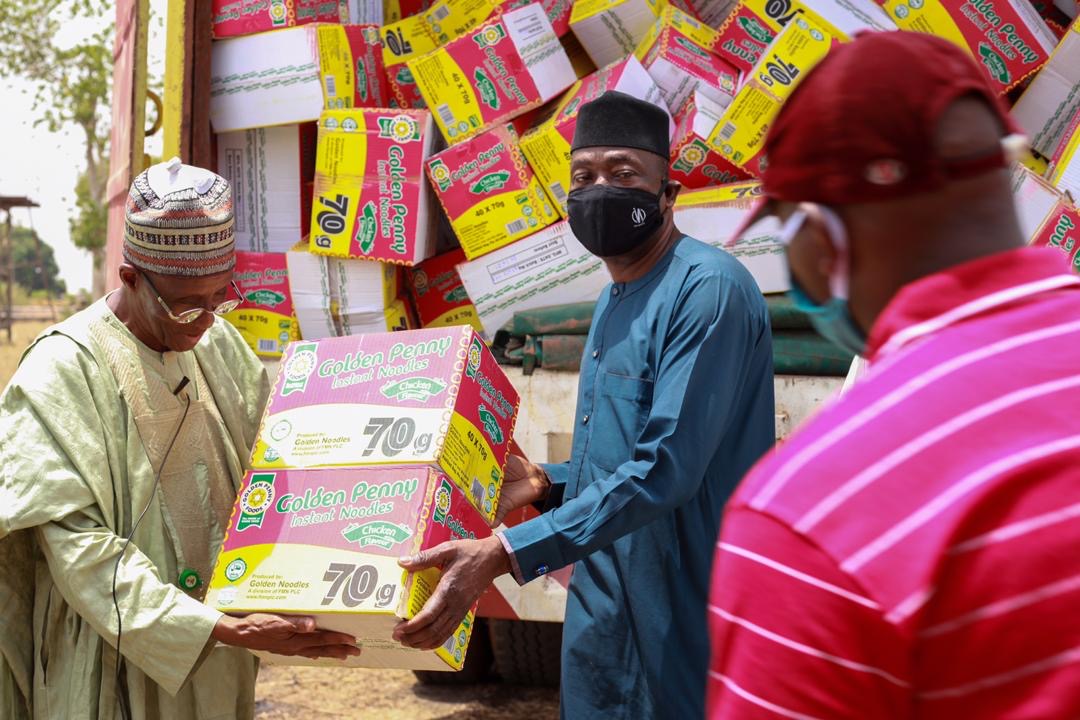 Flour Mills of Nigeria PLC (FMN Group) mandated by its unwavering commitment, sense of duty to Nigeria spanning the past 60 years, activated an action plan to support the government in fight against the coronavirus.

Kicking off this plan with a redemption of the Group’s 1 Billion Naira pledge to the CBN-led Nigerian Private Sector Coalition against COVID-19. It also commenced a $840,000 food relief distribution activity spanning 12 Nigerian States, delivering food supplies to the most vulnerable communities hit by National lockdown.

The COVID-19 scourge has also necessitated global economies to implement restrictions to ensure their frontline responders have sufficient medical supplies and personal protection equipment (PPE) to combat the virus. As such, supply chain of medical supplies in these unprecedented times has been severely impacted globally. 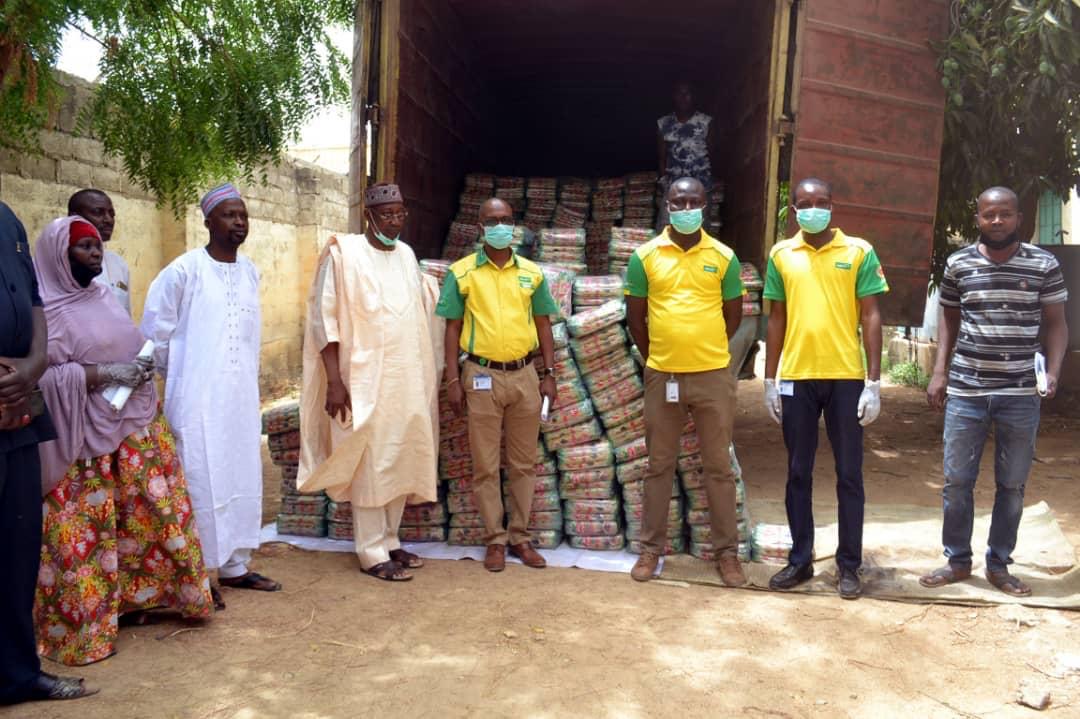 FMN  initiated a global supply chain plan to help provide The Nigerian Government with tangible, and tactical support during the global economic lockdown. This initiative was spearheaded by the philanthropic Industrialist John Coumantaros, Chairman of the FMN Group. Planning involved the leadership of the Nigerian Centre for Disease Control (NCDC), vendors from 5 Nations, multiple logistics partners, and a tireless team drawn from the FMN group’s operational leadership. The team scaled through varying national restrictions on medical supply procurement, limited stock, transport restrictions, but stayed resolute in the race to help Nigeria manage and flatten the curve.

The medical supplies being facilitated:

In a statement by the Group Chief Operating Officer, Boye Olusanya to kick off the FMN COVID-19 response action: “To reduce the impact of the Coronavirus outbreak, FMN will continue to work with the Federal Government and related agencies to provide relief materials. The safety of Nigerians is paramount to us, so we encourage all Nigerians to adhere to the necessary protective measures against the virus and its spread.”

FMN relying on its 60-year-old profile as an industrial investor in Nigeria’s critical industries and a significant contributor to Nigeria’s quest to feed itself, is bringing its biggest strength to the table, using its global supply chain network to help Nigeria defend itself against COVID-19.

By Ossom Raphael
Abuja – The Permanent Secretary, Federal Ministry of Industry, Trade and Investment, Nasir Sani-Gwarzo has expressed dismay over the alleged extortion and delay of legitimately certified transporters by men of the Nigeria Police, military and other security operatives nationwide which serves as a huge obstacle to the directives by President Muhammadu Buhari for the free-flow of the delivery of foods and essential commodities across the country to alleviate the impacts of the COVID-19 pandemic.
Mr. Gwarzo made known his displeasure in Abuja while receiving briefs from the Emergency Operation Centre (EOC) of the Committee on Sustainable Production and Delivery of Essential Commodities During COVID-19 domiciled in the Ministry.
Gwarzo, who also doubles as the Supervisor of the EOC said despite reporting the development to the higher authority of the Nigeria Police and the Security Task Force of COVID-19, the complaint still persist.
” It is very unfortunate that despite the intervention and escalation of the police extortion and that by the military and other security to thier heads, the situation still persist.”
“This is a great blow to the noble directive of the President for a free-flow and unhindered movement of Essential Commodity across the country, but we will not stop until the situation is addressed” he said.
The Emergency Operation Centre has so far received a total of fifty-five cases across the country, fifty-four of which have been resolved at the level of the Committee.
Sixty-eight percent of these interventions are logistics related, and about twenty percent are market Intelligence issues where supply and demand were pair to keep production afloat while other requests had to do with direct manufacturing operations and some requests were retail related.