ENTREPRENEUR OF THE YEAR

The BBI UK’s annual Awards has become a much anticipated event within the minority ethnic business and social calendar, bringing about community and industrial recognition, professional networking opportunities, social celebration and a spirit of togetherness.

Don’t miss out on the annual guest participatory ‘EMA Personality of the Year Trophy’ competition which is open to all our guests on the awards night. Among some attractive raffle draws prizes for grabs are ‘a night stay for two and dinner for two, donated by the Hilton London Tower Bridge’. It could be you or your friend walking home with any of them.

Don’t miss out on an autumn extravaganza night full of celebration, education, entertainment, recognition, chillaxation and networking. A night to remember awaits!

WE CAN DO IT, WE WILL DO IT – Gov Fayose

Full text of the address delivered by His Excellency, Dr. Peter Ayodele Fayose, Governor of Ekiti State, on the occasion of his official declaration to contest the 2019 Presidential Election under the Peoples Democratic Party (PDP) 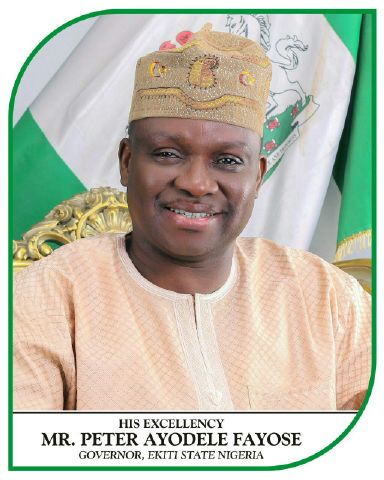 I welcome you all to this historic event, which is landmark in the political landscape of our country, Nigeria.

Tuesday 26 September 2017: The MOBO Awards is returning to Leeds for its 22nd annual celebration of the best in urban music. The prestigious awards show will take place on Wednesday 29 November at the First Direct Arena in Leeds.

This will be the second time MOBO has hosted the awards in Leeds, following the show in 2015, which was the fastest selling arena, show in recent years. The evening was glittered with highlights fitting of the leading urban music awards show.

FKA twigs gave a tantalising, rare performance with her troupe of dancers, Rita Ora collaborated with hotly-tipped South London rap group Section Boyz bringing on stage the Best Newcomer winners to an audience of thousands, Lethal Bizzle opened the show in pure style arriving in a Lamborghini, Best Female Act winner Ella Eyre stopped everyone dead in their tracks with a mesmerising, stripped back performance of ‘Even If’, while international music star CeeLo Green closed the show with a medley of his greatest hits.

With preparations for the live show spectacular under way, Kanya King, MOBO Founder and CEO, commented: “We are truly excited to return to Leeds – we had an amazing experience here two years ago thanks to all our partners and a very enthusiastic and welcoming audience. I still have people coming up to me saying what an electrifying show it was. Looking at the list of musical talent this year, it promises to be another exciting celebration of the best in urban music”.

The MOBO Organisation was founded in 1996 to champion and elevate urban music genres in the mainstream music industry. Since its inception MOBO has consistently offered opportunities and mass media platforms to countless artists in the broadest range of genres including R&B, Soul, Hip Hop, Jazz, Gospel, Garage, Reggae, Grime and African music. As such, MOBO has played an instrumental role in the careers of UK artists like Craig David, Tinie Tempah, Krept and Konan, Stormzy, Kano, Ms Dynamite, Estelle, Emeli Sandé and So Solid Crew to name a few, giving them their very first big platform on their journey to international success.

LeedsBID’s (Leeds Business Improvement District) Chief Executive, Andrew Cooper, said: “Following the success of 2015, LeedsBID is delighted to bring the MOBO Awards back to Leeds. This has been a demonstration of the powerful partnerships in Leeds, with businesses and public organisations coming together to amplify Leeds and its diverse cultural offer.”

Councillor Judith Blake, Leader of Leeds City Council said: “We are delighted to welcome the MOBO Awards back to Leeds following a very successful event in 2015. It is hugely important that as we bid for European Capital Culture we find every opportunity to showcase the cultural diversity of the city on an international stage and MOBO Awards with its support for emerging artists and world wide reputation for championing music of black origin is a fantastic platform for this.”

MOBO Awards arena tickets will go on sale on Friday 29 September at 9:00am from www.mobo.com and www.firstdirectarena.com

There has been a sustained improvement in the estimated level of error in payments from the EU budget, according to the latest Annual Report from the European Court of Auditors. About half of EU spending audited in 2016 was below the 2% threshold for material level of error. As a result, the auditors have issued a qualified opinion on 2016 payments, rather than an adverse one. This is their first qualified opinion since they began to provide an annual statement of assurance in 1994. In addition, the auditors have given a clean opinion on the 2016 EU accounts’ reliability, or “signed them off”, as has been the case every year since 2007. Revenue in 2016 was free from material error.

“Entitlement payments”, made for meeting specific conditions, account for about 49% of EU spending and showed levels of error below 2%. They include direct aid for farmers, grants to students and researchers, and staff costs. ‘Natural Resources: Market and direct support’ had an estimated level of error of 1.7 % and ‘Administration’, 0.2 %.

However, higher levels of error were found in “Reimbursement payments” made through refunds. For ‘Economic, social and territorial cohesion’, the estimated level of error was 4.8%; for ‘Natural Resources: Rural development, the environment, climate action and fisheries’, it was 4.9%.

“This year’s qualified opinion reflects an important improvement in EU finances,” said Mr Klaus-Heiner Lehne, the President of the European Court of Auditors. “Going forward, we will take a fresh look at how we audit the EU budget. We will take greater account of internal controls at the European Commission and in the Member States, so we can better promote accountability and further improve the management of EU finances. We will also increase our focus on performance to ensure EU citizens get value for their money.”

Action by the Member States and the Commission reduced the overall estimated level of error by 1.2%. However, sufficient information was available to further prevent or detect and correct many errors. If this information had all been used correctly, say the auditors, the levels of error for ‘Economic, social and territorial cohesion’, ‘Natural Resources’ and ‘Global Europe’ would have been below the 2% threshold. “This means there is no need for additional controls, but the existing controls must be enforced properly,” said President Lehne.

The auditors confirm that the European Commission’s reporting on compliance with the rules is in line with their own results in most cases. But they recommend that the Commission should focus more on performance and simplify its measurement tools in line with international good practice.

Finally, the auditors warn that the total payments the EU is committed to making from future budgets (‘outstanding commitments’, known as thereste à liquider or RAL) were higher than ever in 2016, at €238.8 billion. Clearing this backlog and preventing a new one should be priorities for planning EU spending in the period starting in 2020, they say.