BREAKING NEWS
We passed Sexual Harassment bill to guarantee safety of students in schools – Lawan
Yutong provides support in supports in the fight against the pandemic in Africa
MTN Unveiled as Headline Sponsor for Freestyle UNLOCKED Africa 2020, 5 International Judges Announced
EFCC ACTING CHAIRMAN MAGU SUSPENDED
The Impact made one month since pupils back in the classroom
MAJORITY OF CHILDREN NO LONGER NEED TO SHIELD
Young people’s rights explained in new guide to police complaints system
Konnect Africa offers Broadband Internet Connection to all Isolation Centers in Sokoto State, Nigeria to fight against Covid-19
Labour calls time on repeated government reviews on racial equality and demands immediate implementation of report recommendations
Essential advice on staying safe ahead of barbershops and hair salons reopening this weekend

President Goodluck Ebele Jonathan has received with immense sadness and a deep feeling of great national loss, news of the passing away of the highly revered Emir of Kano, Alhaji Ado Bayero earlier today

On behalf of himself, his family, the Federal Government and the people of Nigeria, President Jonathan commiserates with the Emir’s family and all the people of Kano over whom the departed Emir presided illustriously as traditional ruler for more than half a century.

The President joins them in mourning the monarch whose uncommon leadership qualities and evident faith in the peace, unity, progress, and prosperity of Nigeria combined to make him one of the most respected traditional rulers in the country during his long and very successful reign.

President Jonathan believes that Alhaji Ado Bayero will always be remembered and honoured by the people of Kano and all Nigerians for his immense wisdom and competence as a traditional ruler, as well as for using his exalted throne to build bridges of unity, friendship and harmony across the nation.

The President reaffirms his declaration on the occasion of the Emir’s 50th anniversary celebrations last year that the late Alhaji Ado Bayero was one of the most decent and respectable Nigerians he has had the privilege of interacting with, and he will always treasure pleasant memories of their last meeting earlier this year.

He prays that the Almighty Allah will receive the late Emir’s great soul and grant the good people of Kano a worthy successor who will carry on his good works and wise rule for the well-being and benefit of all Nigerians. 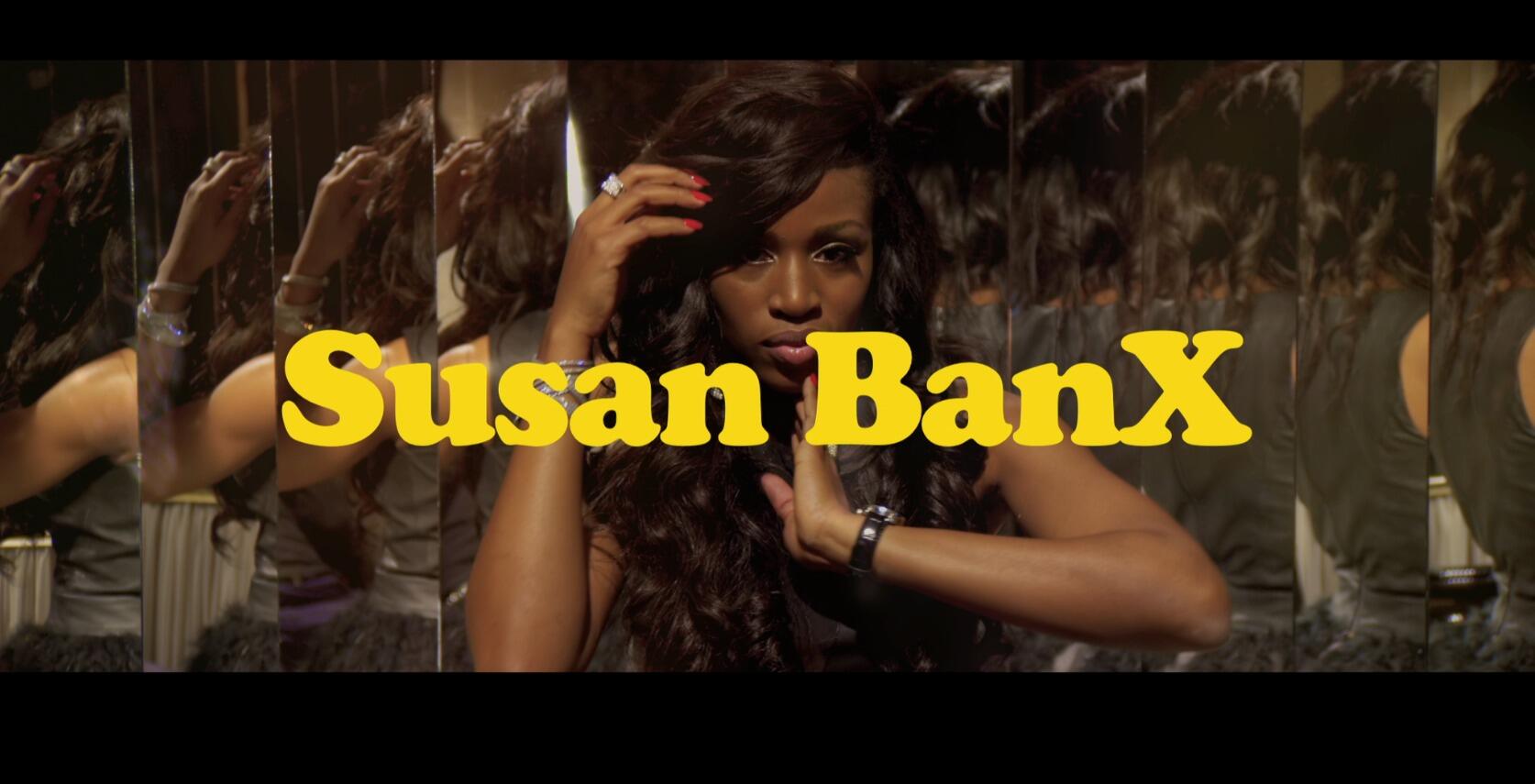 On the back of the success of her last single “Home (Ile)” which is currently on Beat FM’s ‘Alternative Nigerian Chart’, featured on MTV Base and Channels TV, and with her debut single “Dance Floor” proving a big hit, with support from the likes of Rhythm FM, Cool FM, City FM, Top Radio and BBC 1Xtra, fast-rising Nigerian Afro-Pop sensation SUSAN BANX unveils the brand new video for “Dance Floor”, directed by Sesan.

Shot on location in London and keeping with the theme of 80’s Dance/Pop and heavy techno influences, while fusing in some Afrobeats flavour and stylings, the music video for “Dance Floor” is a resounding celebration of dance – from contemporary to traditional – and modern Pop music, with rising Pop star Susan Banx taking centre stage through it all, as she highlights her performance prowess, captivating allure and Pop sensibilities.

With Susan Banx, formerly known simply as Susan, continuing on her rise and rise in the Nigerian and Afrobeats music landscape, she is poised for even more prominence as she unveils her official Summer single in a few weeks, while anticipated the music video for “Home (Ile)”, to be shot in Lagos, Nigeria, is already in the works. Before that however, watch and enjoy the Sesan-directed “Dance Floor” video below.

Ogun State Governor, Senator Ibikunle Amosun has expressed deep regret at the death of the Emir of Kano, Alhaji Ado Bayero (CFR), who died at the age of 83.
The governor expressed his condolences to the government and people of Kano State, the State Emirate Council and Nigeria in general on the exit of the foremost traditional ruler.
In a statement by his Senior Special Assistant on Media, Mrs. Olufunmilayo Wakama, Amosun described Bayero as one of the revered traditional rulers in Nigeria, who preached peace and believed in the unity of the country.
“The death of Alhaji Ado Bayero is regrettable because, even at his age, he was in the vanguard of efforts to curb the activities of insurgents in the North.
“As a royal father, he was committed to the development of his people and Nigeria as he deployed his influence to foster peace and attract development to the emirate and by extension, the State as a whole. We can only hope that his colleagues will follow the good work he started.
“The royal father also devoted his wealth and life to the propagation of Islam. He would be solely missed,” the governor said.

Amosun, who commiserated with the family of the late Monarch and his Council of Chiefs, urged them to take solace in the fact that the late Emir led an exemplary life and left his prints in the sands of times through his unwavering stance in the propagation of Islam.
Amosun prayed to Allah to grant his soul eternal rest and Aljannah Firdaus.
Signed
Funmi Wakama
SSA Media

The Emir of Kano, Ado Bayero, is dead.

The spokesperson to the Kano State governor, Baba Dantiye, confirmed this to Journalists in Kano.

Ado Bayero became Emir of Kano in 1963. He’s the second most important Muslim leader in Nigeria.

The new Governor of the Central Bank of Nigeria (CBN), Mr. Godwin Emefiele, has unveiled his blueprint for the economy stating that he would, through his vision for the country create a central bank that is professional, political and people focused.

Emefiele while addressing journalists at the apex bank headquarters in Abuja, said he would reposition the apex bank into an institution that would dissipate its energies into building a resilient financial system that will serve the growth and development needs of the country.

“My vision for the bank would be anchored on 10 agenda, which would help the apex bank reduce poverty, create jobs and ensure macro economic stability.

“The agenda are to pursue a gradual reduction in key interest rates and include unemployment rate in monetary policy decisions; maintain exchange rate stability and aggressively shore up foreign exchange reserves; and strengthen risk-based supervision mechanism of Nigerian banks to ensure overall health and banking stability.”

According to CBN boss other are to build up sector-specific expertise in banking supervision to reflect loan concentration of the banking industry; to consider and announce measures to effectively address the anomaly in macro-prudential space; abolish fees associated with limits on deposits and reconsider ongoing practice in which fees associated with limits on withdrawals accrue to banks alone.

To realise this vision, Mr. Emefiele said the CBN would immediately commence pursuing policies that would promote the sustainability of the already achieved macro-economic stability in the system.

This, he said, would involve a monetary policy that would gradually reduce interest rates to enhance access to cheap finances and reduce the cost of credit borrowing; maintenance of exchange rate stability and promotion of effective management of potential threats to the financial system stability.

He said the Central Bank would ensure that it stepped up its banking supervisory role through the pursuit of a better risk-based supervision framework and build on the successes of the cashless policy under the existing payment system.

Some of these measures, he said, included zero-tolerance policy on fraudulent borrowers by collaborating with commercial banks to improve the credit culture in the country’s banking system.

“The CBN’s focus would be directed at serial debtors who access loans from different banks and default on all of them, even when they have the means to pay,” he stated.

He spoke of the need to enhance the operation of credit Reference Bureaus; establish secured Transaction and National Collateral Registry; and strengthen the sanction system by blacklisting companies/individuals found to be serial loan defaulters.

He said the CBN would implement stringent loan provisions and penalties for banks that lend to blacklisted persons and companies, while intensifying collaboration with relevant agencies, including the Justice Ministry, to strengthen bank’s ability to enforce contracts and recover matured debts.

On the cashless policy, which is billed to go nationwide from July 1, the CBN governor announced new charges on cash deposits and withdrawals.

According to him, in view of the complaints by bank customers about charges on cash deposits, which resulted in people devising various means, including opening of multiple accounts to avoid the charges, the CBN decided to abolish all charges on deposits with immediate effect.

On the agricultural sector, he said the CBN would revisit the goal of the interventionist programmes to ensure high value addition in fund provided. He pointed out that interventions in this sector would henceforth be driven towards improving productivity in areas with high domestic demand and supply. He identified some of these areas to include rice production, fish, wheat and sugar to conserve foreign exchange.

The CBN, he said, would facilitate investments in the key sectors of the value chain in the power sector, while also supporting efforts to domesticate oil and gas production activities.

The Impact made one month since pupils back in the classroom

MAJORITY OF CHILDREN NO LONGER NEED TO SHIELD