The National Conference on Monday adopted 70 per cent majority as the voting mode to be used in arriving at decisions at the conference.

The delegates adopted the resolution at the resumption of plenary in Abuja.

Proceedings at the conference were stalled last week as delegates failed to reach consensus on whether or not to adopt 66 per cent (two-third) or 75 per cent majority as the voting mode on decisions taken at the conference.

The particular issue in contention was Order VI Rule 3 of the Procedure Rule, which provides that any decision in the conference shall be decided by at least a three-quarter majority.

The Rule reads: “Any questions proposed for decision in the conference shall be determined by consensus and when this is not achievable, by a three-quarter majority of the delegates present and voting.”

This necessitated the setting up of the 50-member consensus group by the delegates, to confer with the principal officers, so as to break the deadlock.

At the resumed plenary on Monday, March 31, the Deputy Chairman, Bolaji Akinyemi, presented the report of the outcome of the consultative meeting to the house.

“The committee met on the 25th and 26th March, 2014. Deliberations during these meetings were cordial. Delegates worked in harmony to develop and put into effective use, the spirit of consensus building with the national interest at heart.

“At the conclusion of deliberations, members reached a decision to amend Order VI Paragraph 4, XI paragraph 2 and XII paragraph 4 (e) as follows:

“In the case of failure to reach consensus, the matter shall be decided by majority vote of 70 per cent of delegates present and voting.

“That is the recommendation which that committee is bringing to you, distinguished delegates,” he said.

After his presentation, Mr. Akinyemi, a professor, then called for discussions, but there was overwhelming call for a motion on the recommendation of the consensus group.

Following the unanimous decision of the delegates, Mr. Ayu moved for the adoption of the motion and was seconded by Mr. Attah.

“I congratulate the committee for avoiding the impression of a winner and a loser in this matter. I think we are getting to the point where we are making progress,” Mr. Akinyemi said.

Thereafter, he put the motion to voice vote with the delegates overwhelmingly chorusing “ayes”.

Consequently, the vice-chairman ruled in favour of the motion to adopt 70 per cent majority as the voting mode for the conference.

It was also agreed that the various committees should choose their chairmen and secretaries.

The Draft Rule had proposed that the Chairman of the conference, in consultation with the Vice-chairman and Secretary, should choose the committees’ chairmen and secretaries.

President Goodluck Ebele Jonathan will travel to Brussels Tuesday at the head of Nigeria’s delegation to the Fourth European Union-Africa Summit scheduled to open in the Belgian capital on Wednesday, April 2, 2014.

The summit has “Investing in People, Prosperity and Peace” as its theme.

Education and training, women and youth, legal and illegal migrant flows between both continents, investments in peace and ways to enhance EU support for African capacities to manage security on the continent are also on the agenda of the summit.

The Brussels Summit will also provide an opportunity for participants to review EU-Africa relations based on the Joint Africa-EU Strategy which was adopted in Lisbon in 2007 and explore options for greater mutually-beneficial cooperation between Africa and Europe.

President Jonathan whose entourage will include the Minister of Defence, Lt.-Gen Aliyu Gusau (rtd.), the Minister of Foreign Affairs, Ambassador Aminu Wali and the Minister of Industry, Trade and Investment, Dr. Olusegun Aganga will hold bilateral talks with Chancellor Angela Merkel of Germany and some other participating heads of state and government before leaving Brussels for Abuja on Wednesday night.

A Federal High Court in Abuja the federal capital has asked 37 former members of PDP to resign their seats at the House of Representatives for defecting to the opposition APC.

The court perpetually restrained the legislators from effecting any leadership change in the assembly.

The court was delivering judgment in a matter brought by PDP asking that the legislators should not be allowed to take part in the activities of the assembly.

The presiding judge, Justice Adeniyi Ademola, held that the lawmakers no longer had any business, morally and legally in the assembly.

He said they should honourably resign from their seats as members of the House of Representatives, having moved to another political party while their tenure had yet to expire.

“Having perused the arguments of counsel and the constitutional provisions, it is clear and unambiguous that the defendants were sponsored by the PDP and won the election on its platform.

“It is also the court’s opinion that their tenure has not expired and there is no division in the PDP.

“The defendants are, therefore, not competent to vote or contribute to any proceedings in the House of Representatives.

“An order of perpetual injunction is, hereby, ordered, restraining them from altering or attempting to change the leadership of the House of Reps,’’ Ademola said.

The News Agency of Nigeria reports that the PDP had on January 7 instituted a suit seeking to restrain the House of Representatives from altering the composition of its leadership.

The party had commenced the action following the defection of 37 legislators, who won elections on its platform, to the opposition APC.

Mr. Yunus Usman (SAN), PDP’s counsel, had, while arguing the originating summons, faulted the cross-carpeting of the lawmakers, saying that the legislators did so during the dependency of a judgment.

He argued that by virtue of the October 2013 judgment of Justice Evoh Chukwu, which said there was no division in PDP, the matter had been laid to rest.

Usman further submitted that by virtue of the provision of Section 68(1)(g) of the 1999 Nigerian constitution, as amended, the lawmakers ought to have vacated their seats immediately.

Mr. Mahmoud Magaji (SAN), counsel to the defendants, had in his submission, argued that it was wrong for the PDP to have sought to restrain its former members from activities of the assembly for defecting. 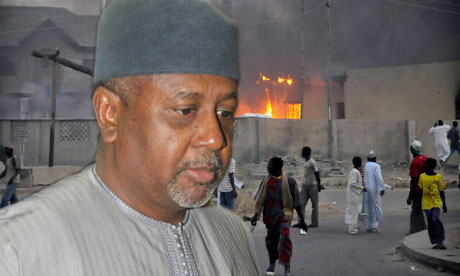 The Office of the National Security Adviser has embarked on ‘Exercise Quick Think’, a crisis management exercise in order to continue providing strategic level training to stakeholders. The exercise which was coordinated by Gen TT Waya, Director PC4, was to engage the participants from intelligence and security agencies in situation evaluation, execution of situation evaluation and crisis management. It was also set to test participants abilities in intelligence collation evaluation and dissemination; also set to further practice participants in intelligence sharing and joint operations planning; test the skills of intelligence agencies in analysing information; to further underscore the importance of information sharing between and amongst intelligence and security agencies and to develop plans for multi agency crisis decision making.

It will be recall that Section. 1(A) of the Terrorism Prevention Act 2011 rests the coordinating role in matters relating to terrorism on the Office of the National Security Adviser and further avails the office with the mandate to “ensure the formulation and implementation of a comprehensive counterterrorism strategy, build capacity for the effective discharge of the functions of relevant security, intelligence, law enforcement and military services under the act and do such other acts or things that are necessary for the effective performance of the function of the relevant security and enforcement agencies under the act.

According to Mr. Karounwi Adekunle, Special Assistant Media to NSA confirmed that, the NSA recently did a roll out of the ‘Soft Approach’ with the support of the presidency. In his words ” 18 months ago, I directed the Behavioural analysis and Strategic  Communication Unit in my office to develop a program that seeks to implement the PREVENT work strand of our national counter terrorism strategy. They visited Saudi Arabia, Indonesia, Singapore, Algeria and Australia to talk with officials from United Kingdom, European Union, academics and members of civil society groups both at home and abroad. Simultaneously, I directed the Economic Intelligence unit in my office to explore the efficacy of economic interventions that will contribute to the PREVENT Programme. The team has investigated what other nations facing terrorism have done successfully in the areas of job creation, poverty alleviation and economic empowerment. Based on these, we identified the need for an economic turnaround initiative in the aftermath of the State of Emergency in Adamawa, Borno and Yobe States. These activities have given birth to our soft approach to countering terrorism”.

From the foregoing, it is apparent that  the ‘Soft Approach’ ,a product of painstaking research and wide consultations should enjoy the confidence of committed Nigerians.

UK PM: Humanity Must Unite in the Fight Against Disease

SANWO-OLU MARKS FIRST YEAR IN OFFICE WITH THE DELIVERY OF 1,348 NEW HOMES TO LAGOSIANS