President Goodluck of Nigeria to meet Pope and other World Leaders 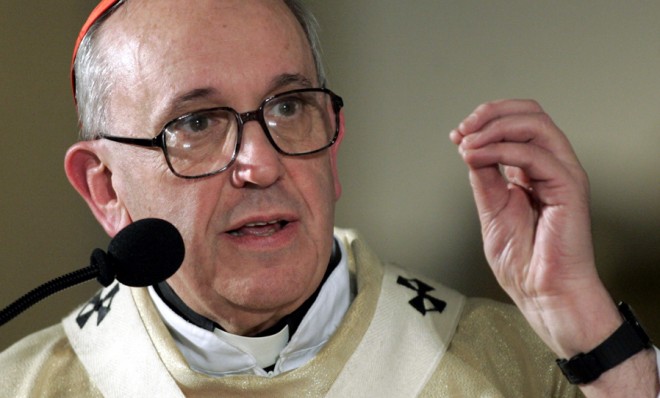 In a statement by the Special Adviser to the President on Media and Publicity, Dr. Reuben Abati, said President Goodluck Jonathan’s visit to the Netherlands for the Nuclear Security Summit will be the final leg of a six-day working tour which will also take him to Namibia and Italy.

“The President, accompanied by the First lady, Dame Patience Jonathan will leave Abuja for Windhoek early on Thursday for a two-day state visit to Namibia in the course of which he will participate in a business forum aimed at boosting trade and economic relations between Nigeria and Namibia,” Mr. Abati said.

While in Namibia, Dr Goodluck will also attend the celebration of Namibia’s 24th Independence Anniversary as a special guest of honour on Friday; after which he will depart “for Rome and the Vatican for talks on Saturday, March 22, 2014 with Pope Francis and Monsignor Pietro Parolin, the Vatican’s Secretary of State.

“The President will leave Italy for the Netherlands after conferring with the Pope and he is scheduled to lead a high-powered Nigerian delegation to talks on Sunday with the Dutch Prime Minister, Mr. Mark Rutte and senior officials of the Dutch Government before the opening of the Nuclear Security Summit on Monday.

“President Jonathan will, later that day, meet with the Chief Executive Officer and other high-ranking officials of the Nigerian National Petroleum Corporation’s largest joint venture partners, Shell Petroleum International, which has its headquarters in the Netherlands.

“The President will also witness the signing of an investment agreement between Nigeria and Dutch textile giants, Vlisco, and meet with Nigerians living in the Netherlands during his visit.

The event will be covered by www.bentelevision.com

COVID 19: Senator Opeyemi Bamidele kicks against proposed reduction of budgetary allocation to the Judiciary in the 2020 Appropriation Amendment Bill.

The Lockdown Life Project – How Do Our Young People Feel in Lockdown?