This brings the Group’s African portfolio to almost 100 hotels and over 17,000 rooms in operation and under development across 32 African countries

ADDIS ABABA, Ethiopia, September 24, 2019/ — Radisson Hotel Group (https://www.RadissonHotelGroup.com/), one of the world’s largest hotel groups is proud to announce the signing of 11 new hotels in Africa within the first nine months of 2019, accelerating its expansion across the continent. This brings the Group’s African portfolio to almost 100 hotels and over 17,000 rooms in operation and under development across 32 African countries and firmly on track to reach 130+ hotels and 23,000 rooms by 2022.

Andrew McLachlan, Senior Vice President, Development, Sub Sahara Africa, Radisson Hotel Group, said: “It has been a really robust year for Radisson Hotel Group, especially in Africa, a continent we strongly believe in. This year we have signed a new hotel deal every 25 days, each aligned with our focused development strategy which includes the introduction of new brands and scaled growth in key cities where we can develop and operate multiple hotels within the same city. This will result in many operating synergies and cost benefits to each hotel located in the same city. We are currently focusing on 23 of the 60 larger cities in Africa and have a proven track record when one compares the size of our portfolio in Africa for the 19 years we have been active on the continent. We are proud that our flagship brand, Radisson Blu, has for a second year in a row secured the top spot as Africa’s fastest growing hotel brand, according to the W Hospitality Pipeline Report.”

Tim Cordon, Area Senior Vice President, Middle East & Africa, Radisson Hotel Group, said: “With our new operational model, we broke records in 2018 with an increase in GOP margins in every market, despite some rate decline. This year we continue to do so with various milestones achieved, such as the group revenue increasing by 14%, a 30% increase in Radisson Rewards Meetings revenue, over 50 awards won and 90% of Radisson hotels in Africa securing Safehotels certification. We’ve set a global first in hotel safety and security with Radisson Blu Hotel & Conference Center Niamey securing the highest level of Safehotels certification, Executive, just three days after the hotel opened in June 2019. We have placed continued investment in resources within Africa, growing the support team of our hotels and owners.”

Commenting on the Group’s East African development plans, McLachlan said, “Aligned with our five-year development plan, we are seeking scale in proactive key cities, such as Addis Ababa, Nairobi and Kampala. There are great opportunities in Ethiopia because of the population and ease of airlift access, with Africa’s leading airline, Ethiopian Airlines. Addis Ababa has the potential to host each of our five active hotel brands in Africa. These opportunities are not only for new build hotels, but also for locally branded conversions. East Africa presents unique bush and beach opportunities. We are exploring eco-tourism projects, leveraging the National Parks in Uganda, Rwanda and Kenya. In terms of beach prospects, we are investigating opportunities in Mombasa, Zanzibar, Dar es Salaam and Diani.”

In addition to the portfolio of six hotels signed in Egypt earlier this year, the remaining new hotel deals include: 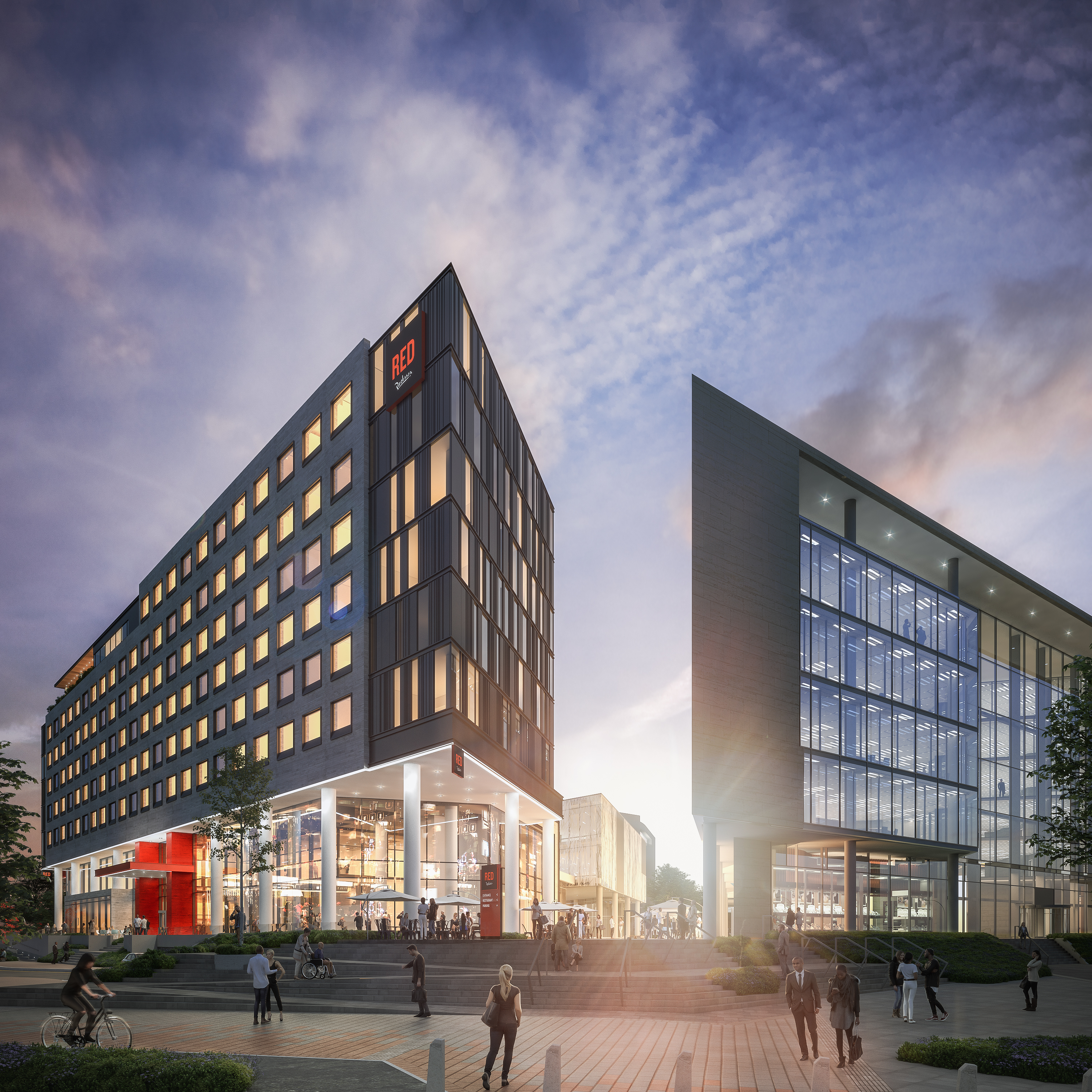 The hotel will be located in Oxford Parks, a vibrant mixed-use precinct comprising premium offices, apartments and supporting retail and restaurants, all situated within an exceptionally high-quality, privately managed and walkable public environment.

The new-build, 222-room Radisson RED Hotel Johannesburg, Rosebank will comprise standard studios and suites in bold designs. The hotel will feature the famous Radisson RED food and beverage concepts and social scenes, such as the ‘all day dining’ Oui Bar & Ktchn. Following the footsteps of its sister hotel in Cape Town, voted the best rooftop bar in the city, Radisson RED Johannesburg, Rosebank will also boast a trendy rooftop bar and terrace. The rooftop will also include a swimming pool and fitness room, giving guests various options to unwind, all while basking in the vibrant Johannesburg skyline views.

Radisson Hotel La Baie d’Alger in Algiers is the Group’s second hotel in Algeria and first Radisson-branded hotel in the country.

The new-build hotel is scheduled to open in 2022, ideally located in the El Hamma district. This means it will be within easy reach of famous leisure attractions such as the Botanical Garden of El Hamma, the Martyr’s Memorial and the Bardo National Museum of Prehistory and Ethnography. It is also close to the Port of Algiers, Algeria’s historic main port for maritime trade exchanges.

The 184-room hotel – consisting of standard rooms, junior suites and suites – will deliver the true Radisson experience by allowing guests to feel completely at ease within soothing spaces. Guests will be able to indulge in local and international cuisine in the modern all-day dining restaurant, while enjoying light snacks and refreshing beverages in the lobby lounge. The hotel’s 308sqm of meetings and events space will comprise five state-of-the-art meeting rooms and one conference venue. The leisure facilities will also include a fully equipped gym and spa.

Portfolio of three hotels in Madagascar:

The Radisson Blu Hotel Antananarivo Waterfront and the Radisson Hotel Antananarivo Waterfront will be ideally positioned in a central location at the crossroads of the city center in the main business and commercial district. With three entrance gates, the hotels will have unrivalled access to Antananarivo International Airport, less than 30 minutes away. Located in the Waterfront, a quiet compound which is secured (24-hour manned CCTV system) and surrounded by a large lake and multiple outlets including restaurants, a mall and cinema.

The third property, Radisson Serviced Apartments Antananarivo City Center, is located in a vibrant area within the city center, surrounded by bars, restaurants as well as major banks, ministries and the ancient Presidential Palace.